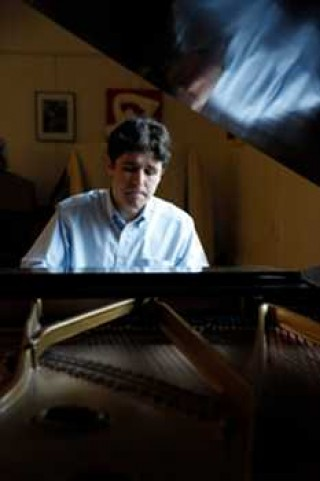 Over the past five years, Michael McNeill has become "one of the busiest freelance musicians in Buffalo" (Artvoice) and an integral part of that city's thriving creative music scene. His imaginative piano playing has found a home alongside jazz players ranging from Maynard Ferguson-alumnus Bruce Johnstone (on Kelly Bucheger's House of Relics) to local underground hero Steve Baczkowski, and he has developed a personal voice on the harmonium in crossover ensembles led by percussionist Ravi Padmanabha. McNeill performs composed music with the Wooden Cities New Music Collective, co-leads a jazz quintet with the polymath drummer John Bacon, and has collaborated with trumpet legend Paul Smoker on projects of standards and of original compositions. He also composes for, plays with, and facilitates the New Buffalo Jazz Octet, an ensemble made up of "…a veritable who's who list of killer regional jazz players…" (Buffalo News).

McNeill's trio with the bassist Ken Filiano and the drummer Phil Haynes explores the pianist's original compositions, which range from lyrical ballads, to hard-driving jazz, to avant-garde soundscapes. Filiano and Haynes are a seasoned rhythm team, and with McNeill they push and pull their music in unpredictable directions.

"With Passageways McNeill has burst on the modern music scene as an exciting and ingenious composer and improviser. His more seasoned associates, far from overshadowing him, enhance his singular vision. Hopefully this gem of a disc will serve as an introduction to a luminous career." — Hrayr Attarian, AllAboutJazz.com

"Michael McNeill's debut as a leader introduces a fresh perspective to the popular piano trio format… McNeill is an exceptional composer and player, with a debut that sets a high standard for those yet to come." — Eyal Hareuveni, AllAboutJazz.com