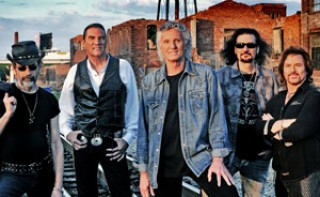 This iconic American blues rock band echoed the sentiments of the 1970s with their raw, real style. Not only did they sell more albums than any other American band to become a major concert attraction, in 1971 Grand Funk Railroad broke The Beatles’ Shea Stadium attendance record by selling out in just 72 hours. Originally from Flint, Michigan, the band was named for the Grand Trunk Western Railroad, a well-known rail line of the time. Their hits included “Some Kind of Wonderful,” “Closer To Home,” “We’re an American Band” and “The Loco-Motion.” Relive their signature sound for one night only at the Seneca Allegany Events Center.