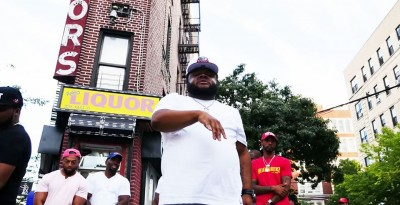 Since his freshman class, Fred has gone on to record with a who’s who of hip-hop. Some of the artists appearing on his projects or having him appear on their projects include: Kevin Gates, Diddy, Meek Mill, Jadakiss, The Game, Fat Joe, Raekwon, Pusha-T, French Montana, Erick Sermon, Keith Murray and many more. He has even been tapped to appear on the “25/8 (Remix)” from the Queen of Hip-Hop Soul, Mary J. Blige.

A staple on the New York hip-hop scene, Fred The Godson frequently appears on radio shows on Hot 97 with Funkmaster Flex as well as DJ Enuff, The Breakfast Club on Power 105, and Sway In The Morning on Sirius Radio.

After several years of honing his craft and building friendships and relationships throughout the industry, Fred The Godson is put final touches on his debut studio album. The album features hip-hop heavyweights Rick Ross, Fat Joe and many more.