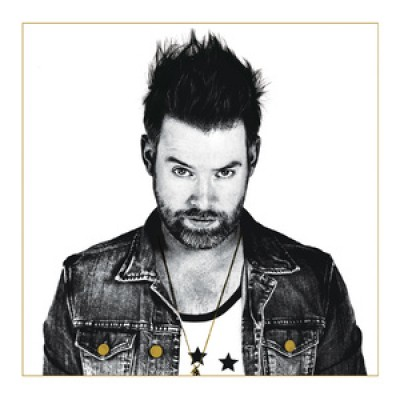 When David Cook moved to Nashville in 2012, the expectation was that this singer-songwriter from the Heartland would emphasize the rootsy side of his sensibility, and sure enough, he had immediate success co-writing country tunes, including the Top-20 single "Kiss You Tonight" for David Nail in 2014. But new album Digital Vein is something else entirely, with Cook's powerful voice and dynamic guitar work knifing through vibrant soundscapes that boldly juxtapose man-made grooves and electronic textures.

"Working in Nashville opened me up creatively to trying different things," Cook explains. "Writing for country acts has been freeing in the sense that I can bring out that side of my creativity, and it brought some freshness to the other side of what I like to do. So I ran with it, going into the creative process with the blinders off. I just wanted to try things, and there was no formula. Honestly, I didn't even know if I was gonna make another record; I decided to just write and have fun and see what happens."

As an experiment, Cook applied what he'd learned from working with Music City craftsmen in that time-honored narrative vein to the material he was writing for his own use. "It was fun and a new challenge to try to attack my own songwriting in that way," he begins, then says with a laugh, "In hindsight, what the hell was I thinking trying to take this on? But it ended up being an amazing process, and it led to a record that I'd put up there with my prouder moments."

Asked why he decided to title the album Digital Vein, Cook explains, "My last independent record, back in 2006, was Analog Heart, and after my major-label journey, with circumstances being what they are, this record is certainly a progression. I don't think it's very much like Analog Heart at all, but the process of putting it together was similar in the sense that I worked with a very small team, and I put a lot of myself into every aspect of it. It felt like a throwback in that regard, so I wanted the two records to be connected, if only in name."