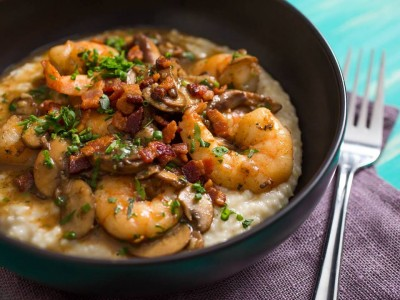 But, The Revival, (GroundUP Music/Universal Music Classics), Cory’s latest release and touring project,  is truly Henry’s story, a live album and DVD showcasing Henry’s deep musical roots, both in the church and outside of it. Filmed and recorded in Brooklyn at the Greater Temple of Praise, The Revival showcases Henry’s musical roots in gospel, jazz and soul. Working off his instrument of choice — the Hammond B-3 organ — the musician is joined by drummer James Williams and his godfather, Bishop Jeffrey White, who delivers a stunning vocal take on “Old Rugged Cross.”  On this special night, the Brooklyn native’s improvisation was on full display: at times playful, soulful and powerful, nodding to musical influences (jazz, gospel, R&B) but greatly expanding on the sound. “For me, it was playing my favorite instrument in my musical garden,” he says. “I just wanted to use my upbringing and the music in my heart and bring it to my listeners. I think this record is a more soulful, touching piece than it is anything else. It’s a project from my heart.”

Although the setlist on The Revival draws from a well-known canon (from old gospels to Stevie Wonder), Henry stretches and pulls, driving the songs into unfamiliar territory and coming up with altogether new takes. There’s an almost frenzy to “That’s Why I’m Happy” and “I Want to Be Ready,” while other songs move the crowd to, well, happier places. “I did ‘If You’re Happy and You Know It’ because it’s fun,” says Henry, who gets his fans into a full singalong. “And it’s interesting how it works, because it comes right before the devotional tune ‘That’s Why I’m Happy.’”

Henry, a Best R&B Grammy-winner with Snarky Puppy (and once again nominated with SP for a Best Contemporary Instrumental Album Grammy for the 2015 album Sylva), will also release a second album later this year, this one with The Funk Apostles. Whereas The Revival is a tribute to his first love, the Hammond organ, and a showcase for his exceptional talents on the instrument, the coming album with The Funk Apostles will feature a full band sound – forged by nearly 100 shows over the last year. It is a synthesis of Henry’s many influences – Michael Jackson, Marvin Gaye, Prince, Herbie Hancock, Jimi Hendrix, Stevie Wonder, James Brown. Henry will be taking a classic sound into the here and now. As Henry says, “my way, my take.”