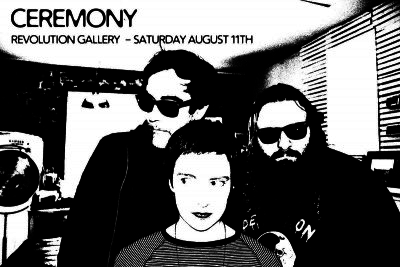 Ceremony is John Fedowitz, former member of Skywave, and other alternating band members. The band was originally formed in 2005. Since then Ceremony toured the East Coast / USA several times, played in Tokyo / Japan and went to Europe twice in 2011 and 2012. After joining John’s friend Oliver Ackermann and the band A Place to Bury Strangers for a tour in 2016, Ceremony is now back making more of their distorted love songs and lofi post-punk.