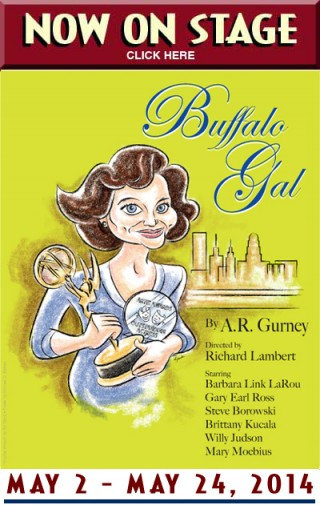 Buffalo's beautiful Barbara Link LaRou stars as a major Buffalo-born film star who returns to her hometown only to find the city, like her own life, has changed in unimaginable ways. This witty and incisive drama, by Buffalo's own Gurney, also stars Gary Earl Ross,Willy Judson and Mary Moebius as ‘Jackie'. (Gurney will be the guest of honor at this year's Curtain Up! celebrations. Lambert approached the playwright for rights in 2011, after he and LaRou worked together on Gurney's THE GRAND MANNER at the Kavinoky Theatre. The production was originally slated for last season but was deferred.)