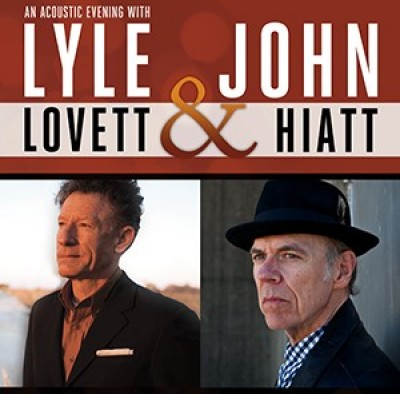 A singer, composer and actor, LYLE LOVETT has broadened the definition of American music in a career that spans 14 albums since his self-titled debut in 1986. Coupled with his gift for storytelling, the Texas-based musician fuses elements of country, swing, jazz, folk, gospel and blues in a convention-defying manner that breaks down barriers. Lovett has appeared in 13 feature films, and on stage and television.  Among his many accolades, besides the four Grammy Awards, he was given the Americana Music Association's inaugural Trailblazer Award, and was recently named the Texas State Musician. His most recent release is Release Me.

Now 40 years into his career, JOHN HIATT has built a loyal fan base with his fusion of rock, country and blues. His songs have also been recorded by artists as diverse as Bob Dylan, Bonnie Raitt ("Thing Called Love"), Emmylou Harris, B.B. King, Eric Clapton, Iggy Pop, Rosanne Cash, the Jeff Healey Band ("Angel Eyes") and more. His most recent release, Terms of My Surrender, was nominated for a 2015 Grammy Award for "Best Americana Album." Hiatt has received his own star on Nashville's Walk of Fame, the Americana Music Association's Lifetime Achievement Award for Songwriting, AND has been inducted into the Nashville Songwriters Hall of Fame.

In this very special evening, the two acclaimed singer-songwriters will share the stage performing songs from throughout their careers. Frequent collaborators, the two share a special rapport and mutual admiration that particularly shines during their duo performances.