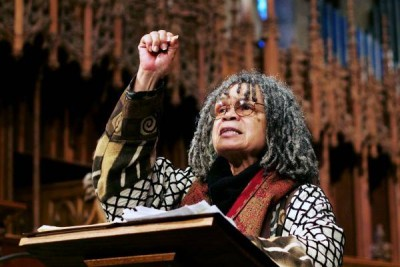 For 81-year-old Sonia Sanchez, writing is both a personal and political act. She emerged as a seminal figure in the 1960s Black Arts Movement, raising her voice in the name of black culture, civil rights, women's liberation, and peace as a poet, playwright, teacher, activist and early champion of the spoken word. She is among the earliest poets to have incorporated urban black English into her poetry; she was one of the first activists to secure the inclusion of African American studies in university curricula. Deemed "a lion in literature's forest" by poet Maya Angelou and winner of major literary awards including the American Book Award, Sonia Sanchez is best known for 17 books of poetry that explore a wide range of global and humanist themes, particularly the struggles and triumphs of women and people of color.

In BaddDDD Sonia Sanchez, Sanchez's life unfolds in a documentary rich with readings and jazz-accompanied performances of her work. With appearances by Questlove, Talib Kweli, Ursula Rucker, Amiri Baraka, Haki Madhubuti, Jessica Care Moore, Ruby Dee, Yasiin Bey, Ayana Mathis, Imani Uzuri and Bryonn Bain, the documentary examines Sanchez's contribution to the world of poetry, her singular place in the Black Arts Movement and her leadership role in African American culture over the last half century.

Part of Beyond Boundaries: Dare to be Diverse Film Series and Ideas Prime