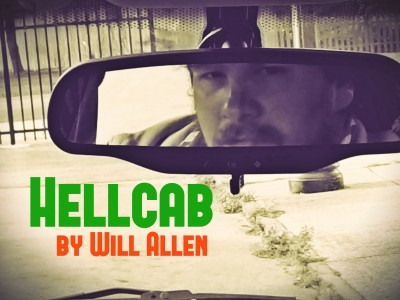 Drawing from personal experience as a former cab driver to create this compelling work, Will Allen's HELLCAB is a hilarious and poignant journey taken in a taxi-cab. Described as a dark comedy, HELLCAB is a series of vignettes surrounding a cab driver on a cold Christmas Eve evening. Becoming one of the longest shifts of his life, he finds himself transporting a bizarre and mysterious array of customers through the gritty streets of Chicago. This eclectic collection of passengers includes a trio of drug-addicts, a born-again couple, a smug lawyer, and a randy duo on their way to a motel.

Presented at American Repertory Theater of WNY's 330 Performance Space, HELLCAB will have a three-week, Thursday through Saturday run from November 30th to December 16th. Tickets are $20 with showtime at 8:00pm.