Grief, in Three Acts: My Experience with Sufjan Stevens' "Carrie and Lowell" 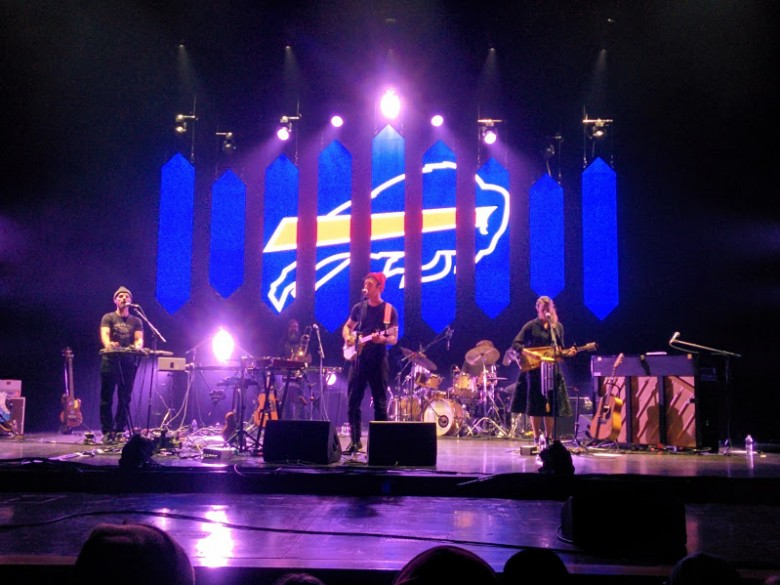 Sufjan Stevens' last album, "Carrie and Lowell" was staggering. Across the critical board, almost every outlet and fan agreed that this album was one of his best. Stevens, the 41 year old eclectic and empathetic singer songwriter who was six albums deep by the time "Carrie..." was released, created an album in tribute to the recent death of his Mother. It was a shockingly honest and  raw look into a man's grief, with songs about confronting pain, suicidal thoughts, memories of love and life, and self-doubt, all condensed into exquisitely written and fairly tight acoustic tracks. With choral and electronic elements mixed in, it encapsulated everything listeners and fans loved about Stevens' music: it was overwhelmingly emotional and simple, but still showcased that love of experimentation and finding the right soundscape to convey a feeling. I myself thought it was one of the best albums released in 2015, and I'm certainly not ashamed to say I teared up on multiple occasions listening to it.

But the album itself was only part one of enjoying the whole experience Sufjan had planned for me. Later in 2015, Stevens paid a visit to Buffalo at the UB Center for the Arts. I was lucky enough to snag tickets and was present for an amazing concert experience that took a unique look at the album both visually and sonically. Many of the songs from the album were played as they were recorded, like the lush and lovely "Death With Dignity" and "Should Have Known Better." But other songs were changed specifically for the live performance. Songs like "All of Me Wants All of You," and "Blue Bucket of Gold" had electronic beats and elements added, giving the tracks a more modern feel. But Sufjan's trademark whispery vocal style always manages to keep the emotion of the song in check and never lets us stray from the feelings at stake in each song, even live. But this concert was not just a downward spiral into sadness. It was an exploration of life. From the beautiful landscape scenes projected on the screen for every song, to the wild and crazy sonic explosion at the end of his set with the song "I Want to Be Well," this was showing Stevens as having learned from the experience of the album and embracing the joys and heartbreaks of life. It was thrilling to watch such a talented musician at work.

But there's still one last vestige of this album's experience that needs exploring. Lucky for you if you didn't make it to Sufjan's live performance, he released just today (April 28th) a live album of one of his "Carrie and Lowell" performances. It's breathtakingly mixed, and hearing the inflection in a live voice is so different from a studio recording. Tracks like "Fourth of July" and "John My Beloved" will strip you to the bone and leave you an emotional wreck in the best way. The way Sufjan lays himself bare on the live stage is perfectly captured on this live album, and if you haven't heard the album or the live album, I would still recommend both, as both provide distinctly different experiences for the listener.

I was lucky enough to hear this beautiful album three ways, and it still blows me away hearing it two years later, but for an unparalleled emotional experience and a wonderful meditation on coping with death and grief, take some time to revisit "Carrie and Lowell," and give the live album a spin as well. It does a great job at capturing the spirit of a Sufjan Stevens live show, and portrays an artist ready and willing to lay himself down before his own emotions and an audience.