From Wall to Wall. Stand Up 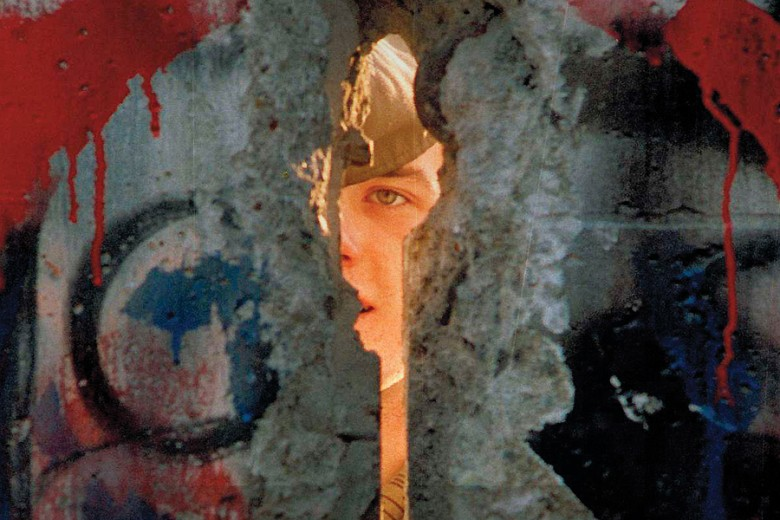 My daughter was born in Germany the year before the Berlin Wall came tumbling down. She will leave America to study abroad during the year that another Wall is being built. I left the U.S. the year that Nixon was re-elected. Sadly, I find that I am sorely tempted to leave again.

But perhaps it's time to stay. Perhaps it's time to take a stand and fight for the values that this nation was founded on and for which it has fought. Not one war, but several. We fought the Civil War to end slavery, to treat all men equally, regardless of race, color or creed. The North won, remember? The Confederacy was a treasonous, secessionist movement that lost. Slavery and white supremacy lost. As the monuments of Robert E. Lee and other Confederates come tumbling down, consider the words of the National Trust for Historic Preservation: "We should always remember the past, but we do not necessarily need to revere it."

As Nazi flags are waved in Charlottesville and elsewhere by white men wearing swastikas, remember the lives lost in World War II. Our fathers and grandfathers sacrificed their lives to defeat Hitler and Nazism. Because white supremacy is fundamentally wrong. Indefensible. It took Adolf Hitler just 90 days to undermine the free press and destroy every vestige of democracy in Germany, paving the way for the Holocaust. We know what nazism and fascism lead to. In Germany, I discovered that the deepest shame is felt by those who realize that their nation failed to stand up, speak up, and denounce extremism - nationalism, white supremacy, racism - and prevent the unspeakable tragedies that ensued.

I am a journalist. The First Amendment is sacred to me. But we must not allow hate speech that incites violence to hide behind it. We do not enjoy the freedom to hurt others or incite violence. That is a crime.

This is not an area where it's OK to agree to disagree. "You have a right to your opinion and I have a right to mine" is fine when you're discussing teaching methodologies or brands of beer or political persuasion. This is not a Democrat versus Republican issue. It is not a liberal versus conservative issue. It is good versus evil. By not condemning hate -- civilly -- we condone it.

Perhaps it's time to stay. To stay and take a stand. And Buffalo may be the perfect venue.

Why? Because it is a divided city. Racism is baked into this place as surely as Frederick Law Olmsted's parks and parkways are. There's the East Side and the West Side, an endemic racist culture that makes me feel my undeserved and unwanted white privilege on an all too regular basis.

Yet despite this undeniable reality, I am proud of the ways in which this community is standing up and speaking up. The vigils on Elmwood and Bidwell and at the Durham Memorial AME Zion Church have been peaceful, public ways to take a stand against the true extremist evil that is pervading our culture.

But I believe that private, individual actions are just as powerful. Do not remain silent when a racist/sexist/anti-semetic/anti-muslim/fill-in-the-blank "joke" is made; this validates the speaker. Don't fall for the disdain for "political correctness" ruse. Offhand statements and jokes reveal the speaker's true values; they may not even recognize this. Gently, civilly object rather than remaining silent and walking away (as I so often do). "That offended me," quietly stated can be effective.

Vote! And vote your values. We must vote out of office those whose words and actions have proven that they support white supremacy and extreme nationalism. Do not look for a pointy white hat and robes or a swastika to identfy those who hold values that are contrary to those on which our nation was founded. They are now wearing suits and ties, polo shirts and khakis, even sheriff badges. Listen carefully to their words and examine their actions. Then vote to remove them from positions of power.

Hate is learned. Don't teach it.

The pilgrims sought religious freedom here. The Statue of Liberty welcomes those of every race and creed. This nation is a melting pot and has been since the start.

I'm going to stay right here and speak up to help make this an ever more healthy, diverse and tolerant place, with bridges, not walls. We must not allow evil to take root. We have seen the result repeatedly around the world: devastation.