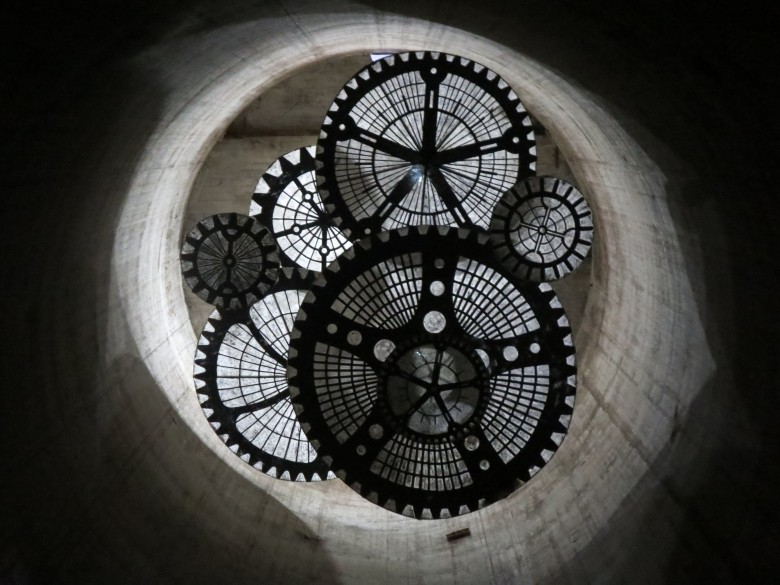 Culture is a multi-faceted concept. It can refer to just about anything we humans do, love, and value. Luckily, in Buffalo, culture is abundant, it is diverse, it is rich, interesting and dynamic. This weekend in Buffalo there are many ways to enjoy what makes Buffalo a "different" place -- a place where you can listen to an opera singer in an historic grain silo one night and go roller skating to '90s hip-hop jams the next, without thinking twice about how "weird" that is.

Buffalo's culture is eclectic, it's diverse, it's historic, it's special -- it is different. You can see people doing traditional, classic, old-school, old-world stuff in places that have existed for years and years -- even for hundreds of years.

This weekend's picks have you doing exactly that: seeing, tasting, hearing, and smelling things that are tried-and-true in places that have been around for a very long time.

The Swannie House Is really something you have to see, feel, and taste for yourself. Located at the corner of Michigan and Ohio streets near Riverfest Park, at the foot of the Michigan Street Bridge that takes you over to General Mills, Riverworks and Silo City, The Swannie will take you back to the days when Buffalo was legitmately referred to as a trading "giant of a city."

Once a tavern and flophouse for the captains, sailors and dockworkers so abundant on the river during Buffalo's heyday, it is now a place for people to stop in, order some wings, and a have a cold beer.

Fun Fact: The Swannie House was originally called Swanerski's after the Polish-American family that founded it. When the tavern switched hands to a new family member, part of the deal was that they would appease the Irish of the First Ward and Americanize the name.

Ann Philipone is very talented. She has been playing piano her whole life, traveled the world to study music, and has been mentored by the great John Brady and Joe Beard. She can do the most interesting and soulful renditions of just about any request you send her, but requests aren't even necessary because she keeps you so entertained and grooving with her own classic playlist. When she plays her spirit is evident -- she gives her all, her whole heart and soul -- every Sunday in Allentown.

Pair this amazing musician with this venue and you are sure to be transported to a different time and place. Named after the nineteenth-century philosopher who said, "Without music, life would be a mistake," Neitzsche's is quite historic on its own. Established in the 1980s and committed to having live music every night, it is the cornerstone of Allen Street.

We all learned about the artist guilds of the middle ages in grade school, but did anyone ever teach us about the one in East Aurora in the early 1900s?

In the late 1800s and early 1900s, the Arts and Crafts Movement was popular worldwide. The Roycroft Campus is evidence of the movement's popularity in our own region. By 1910, nearly 500 artists from around the world resided at the campus in East Aurora. The artists of this movement used natural and simple folk designs, focused on that which could be handmade rather than machine made, and advocated for economic and social reform in the political arena. Craftsman-style architecture can be seen all over Buffalo and is evidence of the popularity of this movement among artists of those times.

Walking through the campus that these artists called home can bring you back to a time and place where people lived, loved, and breathed art.

31 South Grove Street East Aurora , NY 14052
Enjoy the summer sun on the Roycroft Campus, a National Historic Landmark in the heart of small town East Aurora. Join us for our Art & Antique Show on June 23rd-24th from 10 am - 5 pm as we feature…

4 - Listen to Opera in a Giant Silo

The hulking grain silos at Silo City are special in and of themselves. When you walk among them and inside them you can't help but be transported to a different time in Buffalo, a time when ships docked, loaded and unloaded, workers lugged and shoveled grain and goods, and industrialists and merchants were generating money. These giant silos, once filled with grain from the midwest waiting to be processed here in Buffalo or transhipped via the Erie Canal to New York City, certainly have interesting acoustics.

Why not try listening to some opera in them, then? Founder, artistic director and bass, Valerian Ruminski of Nickel City Opera will sing opera accompanied by the piano inside a 90-foot tall silo. Imagine what this will sound like!

Armonde "Moe" Badger is well known in Buffalo for his work as an outstanding community police officer. Community police officers spends their hours at work walking the streets forming relationships with the people they serve. Imagine-- this is how policing used to be done- the police actually knew the people on their beat and were more trusted and welcomed.

Moe has invited us to his birthday party at Rainbow Rink to celebrate and be transported back to the '90s- an undeniably cool decade. You may be rusty, there may be an ocassional fall, but the beats and the wind on your face will keep you getting back up for more.

Fun Fact: Rainbow Rink was built in 1949 when Herbert and Ella Bale won the lottery.

6 - Celebrate the History and Future of the West Side

The West Side of Buffalo that we know and love today is at once very different than and very much the same as it was 100 years ago.

Once the ethnic enclave of the new-immgrant wave of Italian-Americans, the sights, aromas, and sounds of Italy were dominant. Today the West Side is home to newcomers from all over the world. They have brought with them their traditions, their cuisine, and their languages. The neighborhood is colorful and vibrant and is experiencing a renaissance as people are invested in making the West Side the coolest place to live.

The Taste of Diversity Festival showcases all of this goodness. Head to Grant Street and enjoy tasty cuisine from Puerto Rico, Mexico, Ethiopia, India, the American South, Southeast Asia, and the Caribbean. Check out belly dancers, salsa dancing, Narayn Padmanahba on the sitar, African drumming, and the island sounds of DJ Universal.

Lives in service to the idea of revolution and the quest for self-transformation.
Advertise With Us
- Featured Event -
Thu Oct 1st → Mon Oct 31st