What Are We Paying For? 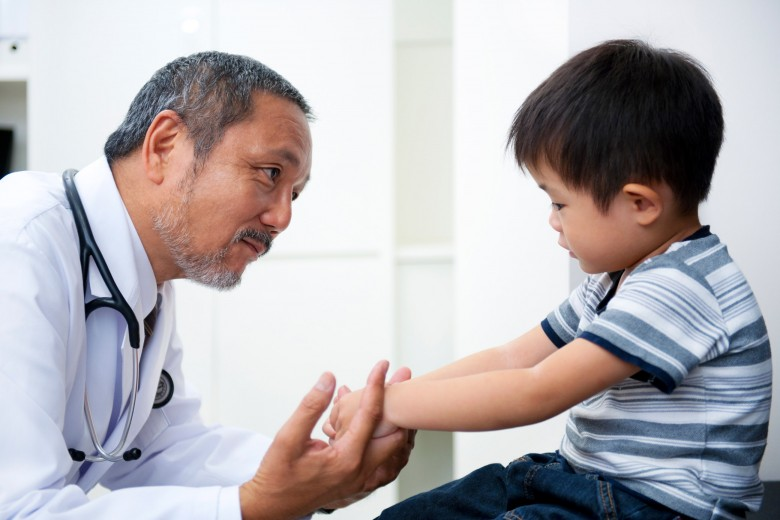 "Ist frei." Every time I asked what a procedure or an appointment would cost, that was the answer I received. "It's free."

I was pregnant with my second child. It was a relatively uncomplicated pregnancy and a quick and easy birth (relatively speaking...). A midwife came to the house daily for a week to check up on me and on the baby. When my daughter was two weeks old she was routinely screened for hip dysplasia and was found to need treatment that involved x-rays, ultrasounds, a cumbersome brace and many visits to an orthopedic clinic in Cologne. My two-year-old son was treated in that same clinic for metatarsal adductus, a progressive foot deformity. This took months of x-rays and full length leg casts that had to be re-shaped weekly.

"Wie viel kostet?" How much will this cost? I kept asking. And the answer was always, "Ist frei." I was living in the tiny town of Jülich, Germany, between Cologne and Aachen. It was 1987-1988.

Not only was health care free - no premiums, no co-pays, no provider networks, no pre-authorizations, nada - but during my very first month in Germany I received an unexpected payment of about $300. It just appeared in my bank account - every month! It was more than I was making as a stringer for USA Today, and I couldn't figure out where it was coming from. Loathe to look a gift horse in the mouth, I kept my mouth shut and crossed my fingers, hoping that this administrative error would not be discovered.

But like any good journalist, I finally just had to find out what the deal was. It turned out that the monthly payments were "kindergelt," the German version of maternity leave. Germany's declining population was threatening the integrity of its social security system so, in addition to supporting women and children, these payments encouraged women to have children who would grow up to be the workers needed to pay into the social security system.

OK, I said. But why me? My visa clearly stated that I would be in Germany for precisely one year. Neither of my children would be around to help address this problem, I said. The simplicity and the logic of the answer stunned me.

"It costs less to provide maternity benefits and health care to everyone than it is to figure out who is eligible and who is not." Think about that for a moment.

How much are we spending on denying health care in the U.S. today? Calculate in not just figuring out who gets health care and who does not, but also the bickering and battling over what procedures are approved or not approved, the cost of determining what providers are in-network versus out-of-network, deciding which medications are covered and which are not, what percentage is paid by whom, processing premiums and co-pays, and paying debt collectors to collect exorbitant, unpayable health care bills...

Consider all the ways in which we make getting sick or breaking a leg or just getting old or being born a catastrophe that can put a home in foreclosure, a business in bankruptcy, or a family on the street.

If we took the costs of denying care and spent those monies instead on providing care, wouldn't health care be more affordable?

But let's look a little deeper into another reason the U.S. has the most expensive, least effective health care system in the developed world. In a word: profit.

Every health insurance company has a fiduciary duty to make as much money as possible. It is the legal right of shareholders to demand this. So when premiums go up, it's not necessarily because the insurance company is losing money. It is simply not making enough profit to satisfy shareholder expectations. They are spending those rising premiums not on providing care, but on denying care, not to mention on marketing and advertising campaigns, and very significant executive level salaries. There is absolutely no incentive to bring costs down. In fact, the insurance companies are obliged to keep costs as high as possible.

Buying health care is not like buying a lawn mower. "Free market competition" may drive down prices in other fields, but it does not work in medicine and health care. Why? Well for starters, because cutting corners to cut costs is simply not an option in health care. Moreover, health insurers have made certain that consumers do not know what the real costs of care and procedures are. This baked-in lack of transparency in the U.S. makes what is being euphemistically called "choice" impossible. And when you're having a heart attack you do not stop to look for a sale on stents or a special on bypass surgery.

Another hidden cost that is rarely recognized or discussed is the undeniable fact that people who cannot afford care get sicker than those who have access to care. The sicker you are, the more care you need and the more expensive it gets. When you are rushed to the emergency room (the most expensive portal of entry to the health care system) in critical condition because you did not have the proper medication to take or failed to see a specialist or have a major procedure in time, you are not (yet) sent home to die because you can't pay for treatment. You are treated and billed. If you can't pay, the hospital is stuck with the bill. How does it ultimately recoup that $30,000 or $40,000 or $50,000 unpaid bill? By increasing what it charges for other goods and services. Yep, driving up the cost of health care, resulting in travesties like $20 bandages and $30 aspirins.

How in the world did this happen? First, there was no national planning in the U.S. to create a health care system, as was the case in most developed countries. Instead, it just sort of evolved, but at the whim of special interests. The American Medical Association created health insurance in the 1930s and 1940s in part to ensure that doctors would be paid on a fee-for-service basis, and voilá! The private health insurance company model of health care was born. As early as the 1950s, it became apparent that fee-for-service was leading to unnecessary procedures being performed, running up reimbursement and increasing the cost of health care. The "managed care" model was borrowed from the U.K. long after it had failed there in an attempt to corral costs by penalizing doctors for providing care (remember capitation?) and giving administrators, rather than doctors, the right to approve or deny care. When the insurance companies began to consolidate, amass power and became for profit businesses, the shareholders became their constituents, not the patients.

Switzerland, France, and Germany spend 11-13% of their GDP on universal health care. We're at close to 20% for far less coverage due in no small part to the unnecessary layers of admin and profit. The universal, regulated, not-for-profit health care systems in other countries are far from perfect, but they cost less and provide more care to more people. We already have a single-payer system that stands ready to be streamlined, improved and expanded to cover all.

There is no quality of life without good health. Nothing else matters when you're sick or your child or parent or sibling or spouse is ill. As the health care debate continues at the national level and here in New York State, please raise your voice to insist on not just health care for all, but for a wellness system rather than a sick care approach to health. Our lives depend on it.