Vibe On The Road: Red Rooster 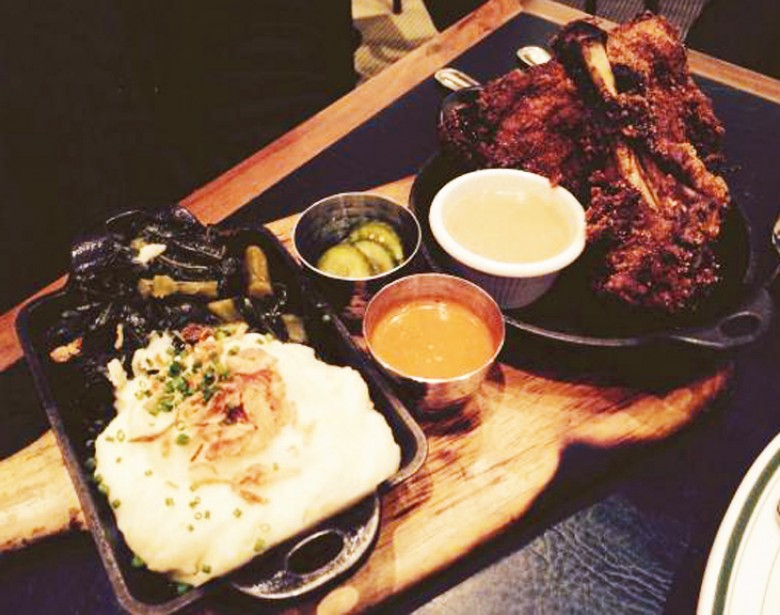 Note:  This is the first article in a new series about restaurants located outside of the Buffalo/Western New York area. Buffalovibe.com is a champion of the local scene, local trends, local discussions and it will continue to be so. However, I believe that it’s a healthy part of growth and evolution to draw inspiration and lessons learned from wherever one can find them and bring them to bear on those local efforts and discussions. It is for that reason that this series will seek to highlight influences of the macro as a mechanism to enrich the discussions of the micro. With that being said, let’s have our inaugural journey be Manhattan…

I’ve always been wary of the celebrity chef phenomenon, particularly the chefs that use fame as a springboard to leave their kitchen for greener pastures. Once someone becomes a brand and begins to build their empire, it becomes dangerously easy to develop a cult of personality and loose site of what got them there in the first place: The Food. Thankfully, this seems not to be the case with Marcus Samuelsson, chef/owner of Red Rooster in Harlem, New York. For all the reasons I just stated, I originally had no intention of dining at Red Rooster on a recent business trip to New York. However, I was overtaken by rave reviews from my New York friends about the place which ultimately persuaded me to reconsider. In hindsight, I am so very glad that I did.

The goal of these articles is to discuss great dining experiences and great food, so we are going to only very briefly gloss over Marcus Samuelsson, the man; there are ample and more thorough resources for that topic. I only include the following because it contextualizes the dining experience that will be described shortly…

Born in Ethiopia and raised by adoptive parents in Sweden.

Youngest chef to receive a 3-star review for the New York Times at age 24.

Ok, now that that’s out of the way (it will be relevant shortly, I promise), let’s discuss Red Rooster, the venue. Located on Lenox Avenue, just north of 125th Street, a few doors down from the famed Sylvia’s Restaurant and just a stone’s throw from the Apollo Theater, Red Rooster is very much in the heart of a vibrant and reinvigorated part of New York City. Harlem is very much in the moment and exciting things are happening there. Think Chelsea about ten years ago or SoHo before that. The restaurant itself is a beautiful, warm, and inviting place arranged in three tiers of function. Firstly, the outdoor patio seating area (not used for dinner service the night I was there) was mostly frequented by people taking phone calls and the occasional smoker. On a warm summer’s night though, I would expect that one of these outdoor tables would be a coveted prize. The second space encountered just inside the front doors is the large U-shaped bar, backed up against a floor to ceiling set of shelves which separate the bar from the dining room (the third space). The place is decorated with an eclectic mix of themes. Large photo murals of a Harlem from days gone by, shelves of art books and apothecary jars (we will come back to this), and a tasteful scattering of original artworks for good measure. On the night of my visit, the bar was packed (as I’m sure it is most every night), not Tokyo subway packed, but no matter what you do you’re going to be grazing up against or being grazed by everyone in your immediate adjacency; it’s New York, it happens, and nothing can really be done about it. There was also a live DJ spinning an amazing R&B/Soul/Funk mix, it was a bit loud for a weeknight restaurant dinner service, but the idea here is every night is a party, so get into the spirit of it.

While waiting for my reservation, I tried one of the house signature cocktails, a bourbon negroni made with fig & pear infused Bulleit bourbon ($14). That’s what was going on inside those apothecary jars I mentioned before, the bourbon was steeping figs and pears to enfold subtle notes of sweetness into the bourbon itself. This drink was worth the forty plus blocks journey from my hotel all on its own. The place serves two distinct but simultaneous functions (like all great restaurants should do, I believe), as both a happening local watering hole/ hotspot and as an elegant yet casual place to get a meal worth savoring.

Once seated at a comfortable table along the outside wall of the dining area (with a great view of all the excitement and satisfied diners’ faces), it’s time for the main event, the Fried Yardbird ($28). Two generous pieces of dark meat fried chicken served with mashed potatoes, collard greens and house made hot sauce & white mace gravy. Now here is where the bit earlier about Samuelsson’s background comes in to play; while the menu and the theme is American soul food, Red Rooster is not afraid to incorporate Ethopian and Swedish culinary influences. This is done both overtly (with menu items like gravlax and Swedish meatballs) and also more subtly (with spice undertones in the housemade hot sauce that hint at a bold Ethopian palate). There probably aren’t words to adequately convey how transformative a plate of fried chicken can be, but in all earnestness this is a meal that changes the way one considers and appreciates every other meal for a very, very long time. In the end, you are left with elegant cuisine, executed near to perfection, with the heart & soul of simple comfort food that your grandmother would love.

What:    Soul Food (Via An International Lens)