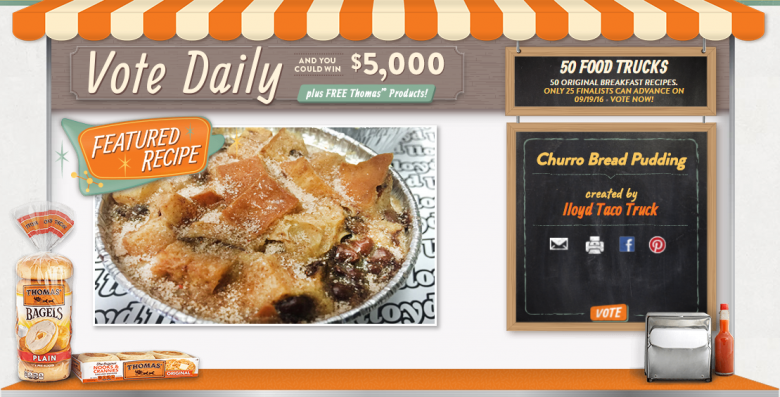 The good people at Lloyd are once again humbly serving as excellent ambassadors for Buffalo. This time, they’ve been invited to participate in the Thomas’ Breakfast Battle, a national food truck competition to see who can craft the best breakfast menu item, using Thomas’ bread products. In a 50 team field of competition, Lloyd is the only representation from our area (the nearest competitors are from Albany and Cleveland).

I got a chance to sit down with Chef Chris Dorsaneo at the Taco Factory to talk about the contest and their dish, the Churro Bread Pudding. He told me that the idea to do a new take on bread pudding came from his time as a chef in the South, where bread pudding is a staple on many menus. Once he decided on a bread pudding, the question was how to make it their own. 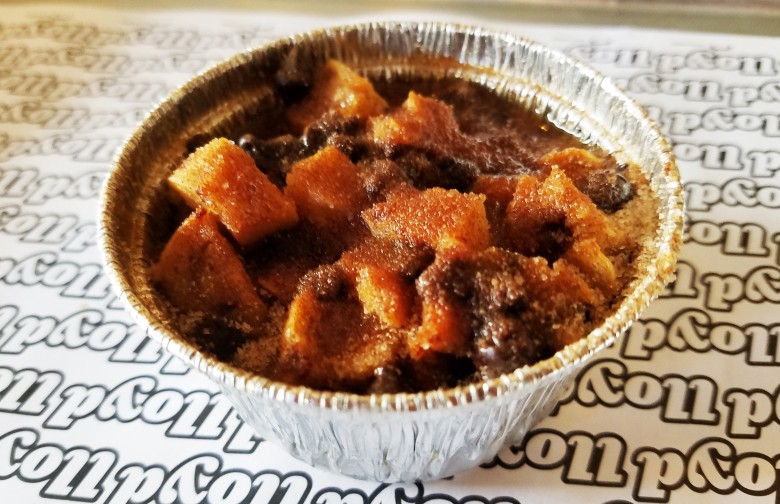 So, let’s talk about the dish they’ve thrown down… At first glance, Churro Bread Pudding might seem like a contradiction, but as always, Lloyd has managed to surprise and delight with their mad scientist innovations. They’ve utilized Thomas’ English Muffins and Cinnamon Raisin Bagels as their bread base, soaked in custard and then topped with chocolate chips, granulated sugar and cinnamon. The addition of chocolate chips was a great way to incorporate the chocolate sauce typically served with churros for dipping. The granulated cinnamon and sugar add just enough texture to contrast the syrupy bread layer and really drive home the churro-ness of it all. Also, I must give Lloyd a lot of credit for incorporating the Thomas’ products as ingredients in the dish and not just putting their ideas on top of a bagel or muffin; 47 out of the 50 participants in this contest are simply using Thomas’ muffins and bagels as the bread in some form of sandwich.

The best part of all is that the contest is decided by you, the public, through online voting. Just follow the link and vote for Lloyd. That’s all there is to it. You can vote once a day every day of the contest, and each time you do, you will be entered to win prizes from Thomas’. Also, the recipe for every entry is available on the contest website, so you can try them all out for yourself at home. Voting started Monday, September 12, and runs until mid-October.

So, get to your nearest Lloyd truck or to the Taco Factory and try Churro Bread Pudding while you can. And then vote, vote, vote for Lloyd - vote early and vote often (think Boss Tweed). In addition to showing your Buffalo pride, vote Lloyd because their dish is brilliant and they clearly deserve to win! 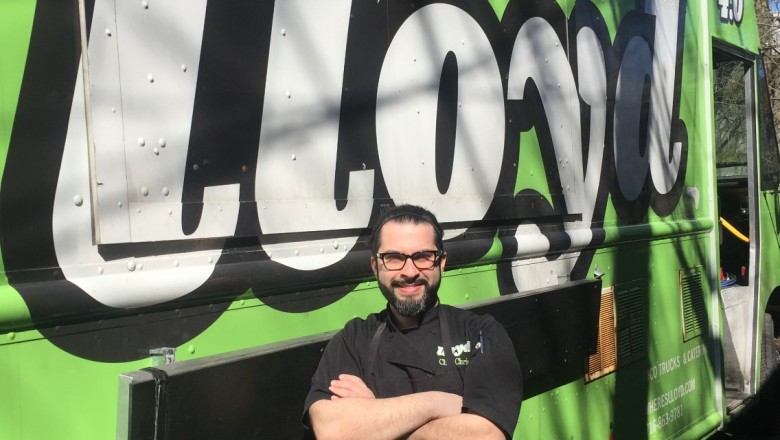 Vote for lloyd online at http://thomasbreakfastbattle.com/