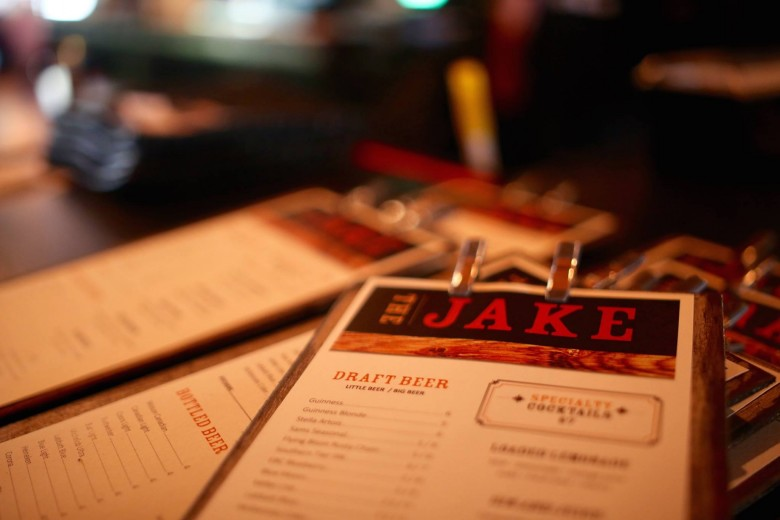 When I was in college, I did much of my best thinking in bars, away from the campus (who didn’t?), where my mind was allowed to process ideas at its own pace. Particularly on Friday evenings, I liked to push away from my desk to go have a relaxing meal (and a pint or three), collect my thoughts, and then usually head back to the studio for the night. Pro Tip: If you work in a creative field where everybody goes out on Friday night and then doesn’t return to pay the piper until Sunday night, get in the habit of working Friday night when you have the whole studio to yourself.

This got me through six years of architecture school and kept me out of the three ring circus of trouble that was University Heights on the weekend. For this reason, I became very familiar with the quiet side room bars and taverns of Buffalo. Places where I could have a quiet bite to eat and a beer, maybe with a couple friends. There are a few key spots across the city that fit this bill, which we will get to in due course, I’m sure. But one that was chief among them was Papa Jake’s on Elmwood Avenue in North Buffalo. It was a local sports bar/tavern with understated but brilliant food and a great tap selection. I can’t count how many times I went in for a beef on 'weck & wings with a pint of Rusty Chain to recharge my creative (and caloric) batteries for a long night of work ahead. It became ritual and later a litmus test for the people in my life. If you can’t appreciate a chill atmosphere and great food away from the often hectic hustle and bustle of Buffalo’s major nightlife thoroughfares, then we probably aren’t going to be that close.

So imagine my horror in discovering upon my return to the Queen City after years away for work, that my beloved, my steadfast, my unwavering Papa Jake’s was planning to shutter its doors for good? I was heartbroken. I thought that this was to be another unfortunate casualty in the war of the rising economy. I thought, the more people who come to Buffalo and bring their dollars, the more manufactured we will get, Jon Taffer-style food and bar experiences, devoid of the authenticity and spirit that places like Papa Jake’s had.

Thankfully, I was so very wrong. In fact, Papa Jake’s was just taking a brief hiatus to settle into its new home in Kenmore as The Jake. With a new, updated facility, larger dining area, and the same high standards of quality and community that had once made it a staple in my college life. In the name of full disclosure, I will tell you that it is in fact, my ‘local’ as the English say. The bar closest to my home, and from which I have the highest probability of success if I need to stumble home on foot after having one too many. Consistently, the food and drink have been top notch, the service friendly, and the atmosphere/clientele jovial & inviting. It’s my go-to place after work to grab a pint and watch the Sabres’ game, or meet friends for a happy hour and throw a few games of darts.

The new Jake has a warm, comfortable feel. Clean and open, without feeling sterile. The bulk of the dining area is separated from the bar by a partial-height wall, which allows patrons to avoid the cacophony of the bar for a more intimate dinner service, but still be able to watch whatever game happens to be on the TVs from almost any vantage point. Beyond the bar/dining areas is the door to the kitchen and an area for two dart boards, with the restrooms beyond that. And though the season doesn’t currently support it, there is bench seating out front where patrons can enjoy the breeze and watch life wander past on Delaware Avenue in summer.

So, after that slightly long tale of context (sorry), let’s get to the food… I have been to The Jake several times since it has opened in Kenmore and no matter the time of day or night, the experience has always been stellar. During my most recent visit, a dear friend and I went to grab a beer and a sandwich after a long and taxing day. We decided to start by splitting an order of BBQ wings from the char pit ($10.99) as an appetizer. Admittedly, since this is Buffalo, the real measure of wings in this town is their traditional hot/medium/mild Buffalo-style, of which The Jake presents a solid offering indeed. But where they really distinguish themselves is with the char pit BBQ wing - just the right balance of smokey, sweet, tangy, and juicy that absolutely elevates this dish well beyond mere bar food to the level of mastery. We rarely take the time to fully appreciate just how expertly crafted and fragile a thing this is.

For the entrée, I went with the Steak Sandwich ($11.99) with house-cut fries. This sandwich consists of tender cuts of grilled steak, with sautéed peppers and shaved onions, topped with melted provolone cheese and garlic aioli on a ciabatta roll. It'ss one of those meals that makes you say, “Yeah, that was just right.” Not too big, not too small, not to plain, not too fancy, neither too hastily nor obsessively constructed. If you want a meal that satisfies and pairs well with a beer while you’re watching the game, the steak sandwich hits all the right notes. My dining companion chose a pasta dish with white wine cream sauce, on which she opted to add steak. I’m told that it was spicy, but not overpowering and, on the whole, a very delicious meal.

I don’t believe that reviews are fair or complete if they're all a Valentine to the restaurant. So, I would be remiss if I did not mention two very small items where I feel The Jake could tighten their screws and really elevate themselves yet another notch. Again, these are very minor…

The first issue is their online presence. When I write a review like this, I tend to go back to the venue’s website or Facebook page to remind myself of certain things I want to discuss or to check the price of an item. The Jake has a Facebook page that lists a website for the bar which, when clicked, redirects the viewer to a GoDaddy.com splash page. Because of this, seeking out a menu for reference is a bit of a chore, and the information about the bar is decentralized. Most people don’t want to hunt around online. This small issue could be quickly and easily resolved with an afternoon spent developing and defining The Jake’s online media presence.

The second small criticism that I would offer is that they do not offer desserts. This may be a fully intentional decision by the kitchen which I can understand, but the fact of the matter is, that The Jake takes you 90% of the way to a complete and rounded meal without some kind of sweetness as a punctuation to rebalance the palate. It could be an up-sell opportunity for the wait staff, and I wonder how often it has motivated patrons to cut their night at The Jake short to venture out towards Condrell’s, Fowler’s or Anderson’s. Again, this is not foundational, just a missed opportunity that I think might warrant another look by the establishment.

The Jake is, in many ways, the quintessential American Bar & Tavern. It’s a great place for people of the community to come together over good drinks & good food, and enjoy the vibe that makes Buffalo great. I would urge anyone to stop by for a meal or a pint. Watch the Sabres’ game; you’ll probably find me there, swearing about all the players currently out on injury, or throwing darts in the back with my friends.