The History of Pumpkin Beer and 10 WNY Brews to Try 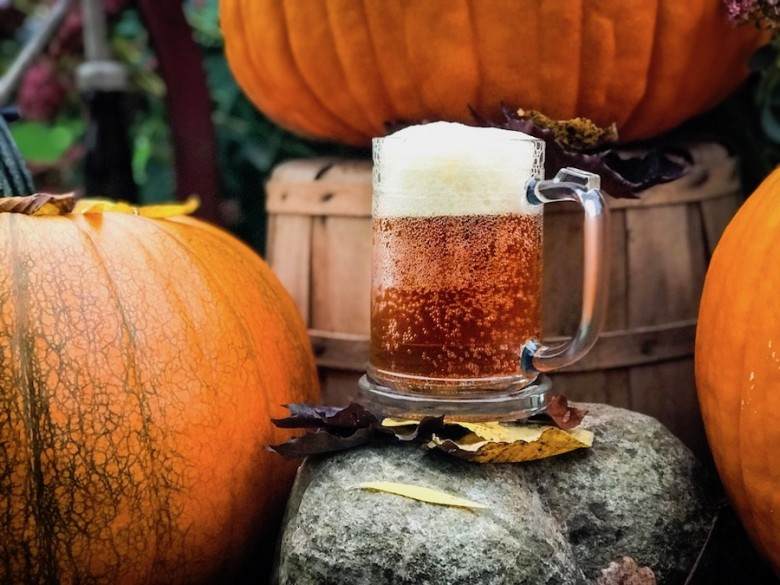 October is here! That means cooler days filled with beautiful fall colors. We absolutely love the fall! One of our favorite things is the seasonal beers. Sure, there are seasonal beers around all year, but you can’t get pumpkin ale in May can you?!

We will start by saying we like pumpkin beer. There are some we have tried that tasted like a pumpkin spice candle, or how we imagine one would taste anyway

. There are also a lot of delicious ones too. Pumpkin beer seems to create quite the controversy when you bring it up, which seems pretty silly to us.

Beer like everything else is all about personal preference and no one should be judged based upon what beer they like to drink. We are here to celebrate the unique beers that craft brewers make and there are some pumpkin beers that fall right in that category!

Before we get to some WNY pumpkin beers we want to take you back in time to an age where everyone was making beer from pumpkins. You read that correctly. Beer was made from pumpkin long before the craze of pumpkin lattes, donuts, and more!

When did pumpkin enter the beer-making picture?

It is unclear if there is an exact date, but we know it started around the time pilgrims showed up here in America. Like so many other skills, the Native Americans taught us about growing pumpkins. This is where the gem of successful gardening tips was given to the early settlers. They learned to plant squash, corn, and beans together for optimal growth and harvest. These are known as the three sisters.

Since pumpkins and other winter squash store so well, they became an important food source for winter months. As we all know from eating pumpkin, it also has a high level of natural sugars. If we look throughout history at vegetables and fruits with high sugar levels, ease of growth, and long-term storage ability, what do we see? Booze! Humans will use anything that fits that bill to make booze.

In February of 1771, the American Philosophical Society published the following recipe for pompion (pumpkin) beer.

"Let the Pompion be beaten in a Trough and pressed as Apples. The expressed Juice is to be boiled in a Copper a considerable Time and carefully skimmed that there may be no Remains of the fibrous Part of the Pulp. After that Intention is answered let the Liquor be hopped cooled fermented &c. as Malt Beer."

At the time of our early settlers, traditionally used grains for fermenting beer were either hard to find or too expensive. Without grains like barley to make beer, the people turned to using pumpkin for fermentation. Historical records show us it must have been popular as Samuel Stearns mentions pumpkin beer in The American Herbal; Or, Materia Medica in 1801. Notice it also gets touted as a prescription from physicians. Oh…the good old days!

Fast forward to the 1800s when barley becomes cheaper and more accessible. With this change, pumpkin loses favor as a fermenting agent for beer. Like today, people were still out there making beer out of whatever they could, but pumpkin beer was becoming less prevalent.

At this point in history, we also have a lot more Europeans coming over who have ideas on how beer should be made. This meant using grain, namely barley as a fermenting agent. Beer in America took on the classic mix of barley malt, hops, yeast, and water.

The madness of pumpkin everything begins...

In the 1980s, Americans decided fall meant pumpkin flavored everything. The race began to create a pumpkin version of all our favorite foods. Buffalo Bills Brewery in Hayward, CA is crowned with making America’s first pumpkin ale. From then on, there have been breweries all across the country making their own pumpkin ales.

Did you know one of Dogfish Head's flagship beers is their Punkin Ale? This beer won 1st prize in 1994 at the Punkin Chunkin recipe contest months before their brewery had opened its doors. They have continued to make this beer every year since!

Where things may have gone wrong?

First of all, Agriculture 101 tells us that in most parts of the country pumpkins are ripe In September/October. That doesn’t leave much time for fermenting and serving in October. This means a lot of brewers use canned pumpkin or no pumpkin at all. Gasp! No pumpkin at all?

Many say all you really need to make a good pumpkin ale are the pumpkin pie spices: cinnamon, cloves, nutmeg, and ginger. This may be partially true as the spice balance is crucial, but we like to think pumpkin should be in the recipe too! When you use fresh pumpkin and then roast it, you add a whole other level of complexity to the finished product. 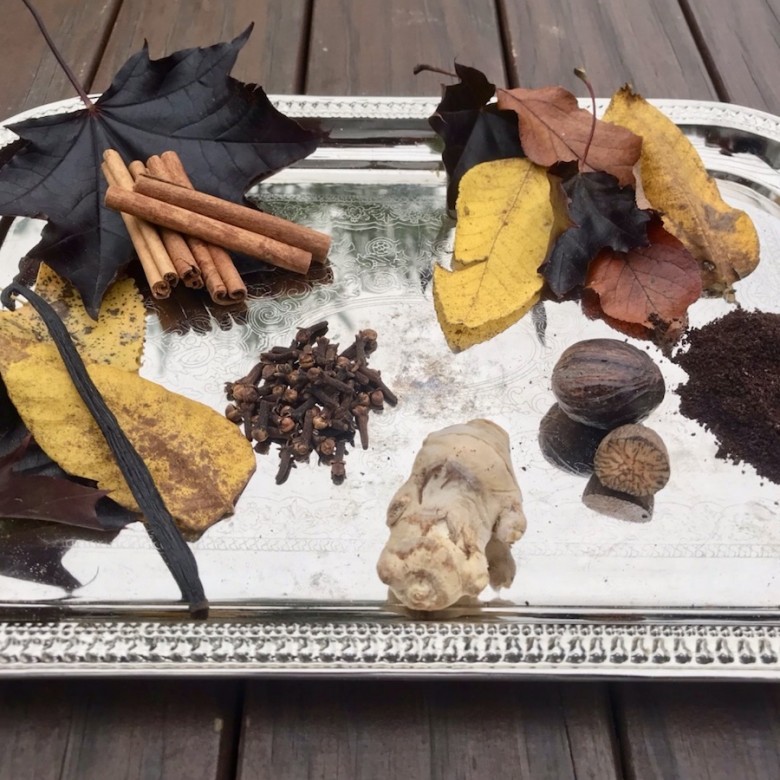 The distaste for pumpkin ale likely comes from the overuse of spice in order to impart the feeling of eating a pumpkin pie. This leaves a perfumed and to be frank, a crappy taste on the tongue. When spices are used in a thoughtful manner, you end up with a delicious ale.

Now For the Beer! 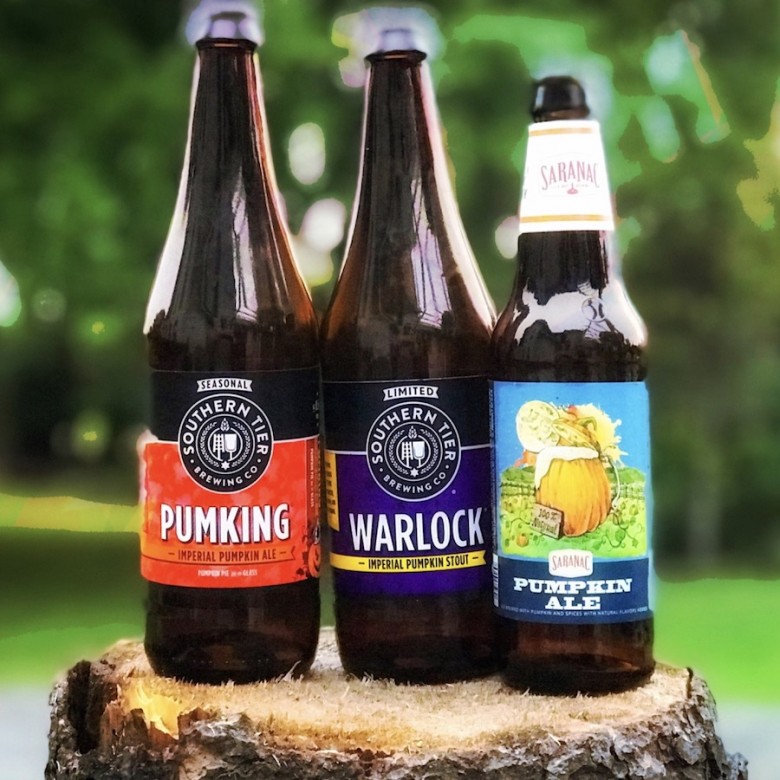 We are lucky here in NY as we can grow great pumpkins and they can be used to make great pumpkin beer! Here is a list of some of the craft brewers that have already tapped their pumpkin beers or will shortly. Cheers!

Hopefully, we have convinced you to at least try a pumpkin beer. There are hundreds of years of history behind this type of ale. Our brewers in WNY are doing a fabulous job of taking that history and making something new. You may even find one you like!

Here is a map to help you find the pumpkin brew closest to you.

Good Booze Travels Fast is not advocating the abuse of alcoholic beverages and we hope you use moderation and caution. Always have a designated driver or call an Uber or Lyft. We are not promoting the misuse of alcohol, alcoholism, or any other form of alcohol abuse. We cannot take any responsibility for the effect alcoholic drinks have on you.

SUBSCRIBE to our blog so you never miss a post. Have a craft booze business you would like us to visit? EMAIL and we will set something up. Cheers!

Travel for the sake of booze! Our passion is the craft booze industry.
Advertise With Us
- Featured Event -
Thu Oct 1st → Mon Oct 31st