The Truth About Rum 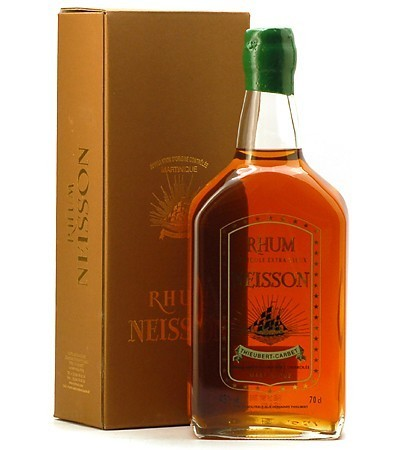 How Is It Made

Rum is not made from a grain but from a grass. Sugar cane is essentially a tall, coarse grained grass that grows particularly well in black mud and tropical heat. It is most at home in the Caribbean where Columbus first brought it from the Canary Islands on his second voyage. Like so many other spirits, rum is made from the leftovers.

When sugar cane is refined into the white sugar we use in our coffee, fresh cane is brought to the sugar mills where it is crushed and the juice collected. The juice is then boiled to concentrate the sugar by evaporating the water. The result, a thick, heavy syrup, is pumped into a centrifugal apparatus where the sugar in the syrup is crystallized and separated from the other solids. What is left behind is a thick, black residue called molasses. Put back into solution, this molasses can be quickly fermented and distilled into what we know of as rum.

Rum was probably the first spirit drink ever produced. It can and will ferment almost entirely on its own, and become a very sweet "wine" if you will. Oddly perhaps, it wasn't until the 17th century that colonists in the Caribbean started to distil this product. It quickly became so popular that a number of them forgot that they were supposed to be making sugar in the first place.

In the middle of the 17th century, the Royal Navy took over Jamaica and as a reward the sailors were all given a ration of the rum that they had confiscated. At about the same time, Puerto Rican rum became popular throughout the Spanish colonies. In the middle of the 19th century, Puerto Rico became the first country to produce rum on a commercial basis. It is now the largest producer of rum in the world.

Light bodied rums
Those from former Spanish colonies such as Puerto Rico, Cuba and the Virgin Islands are made primarily in a column still, and get little if any barrel aging.

Medium bodied rums
The former French colonies of Haiti and Martinique produce medium bodied rums, quite often in a pot still, many of them aged in oak barrels. The volcanic soils in both of these locations give their rums an extra dimension of flavor and a fruitiness that other rums just don't have.

Full bodied rums
The older style of Full bodied rumssnormally come from the former British colonies of Barbados, Jamaica, Trinidad, and the Demerara River in Guyana. With the exception of Demerara, they are almost all made in a pot still, and generally get extensive barrel aging.

Because sugar cane is harvested at a specific time of every year, roughly speaking late autumn, it is possible to get what are "vintage" dated rums. Some, especially those from Martinique, can be procured from as far back as the 1950s, but their price is in the range of the XO Cognacs.

From Misperception to Renaissance

As a result of long-term neglect, the effects of contemporary liquor marketing, and other historical factors, most drinking Americans are out of touch with rum. These days, rum is mainly viewed as an alternative to vodka; another way to spike a glass of cola. A couple brands of vague and questionable provenance are ubiquitous and heavily marketed, while other rums one might stumble upon seem obscure and marginal, even if they are actually venerable or leading-edge.

Liquor stores are generally unhelpful; although they may carry a nice selection of rum products, it's rare to find a salesman who knows much about this noble spirit. Those who might otherwise be adventurous are often intimidated, because they don't know where to start and they're anxious about being disappointed.

In spite of these perception problems, rum is experiencing a world-wide renaissance. The selection and quality of rums has never been higher. If you haven't yet been seduced by this noble spirit, hopefully this modest collection of images in this article will provide you the opportunity.

As a starting point, let us dispense with the question that is always asked, but is, in fact, the wrong question. There is no such thing as the best rum! The notion of "the best rum" is as absurd as "the best wine." Like wine (and most spirits, for that matter), diversity is chief amongst the virtues of sugar cane spirits. And no spirit is more diverse than rum. While no rum is perfect for every situation, when you find the perfect rum for the moment, nothing else could possibly do. Therein lies the fascination of rum.

Sugar cane spirits are the product of craft, tradition, and terroir. Rums are crafted through the numerous decisions made during their production. Traditions play a role in terms of style and regional proclivities. Terroir - the flavor characteristics imparted by the environment in which the spirit was produced - come into play throughout the process. More or less. It varies from rum to rum.

Terroir, however, is not sufficient to describe rum's relationship with geography. Geography is the single most important factor when talking about rum. Rum comes from an unusually wide range of places, including places sugar cane has never grown.