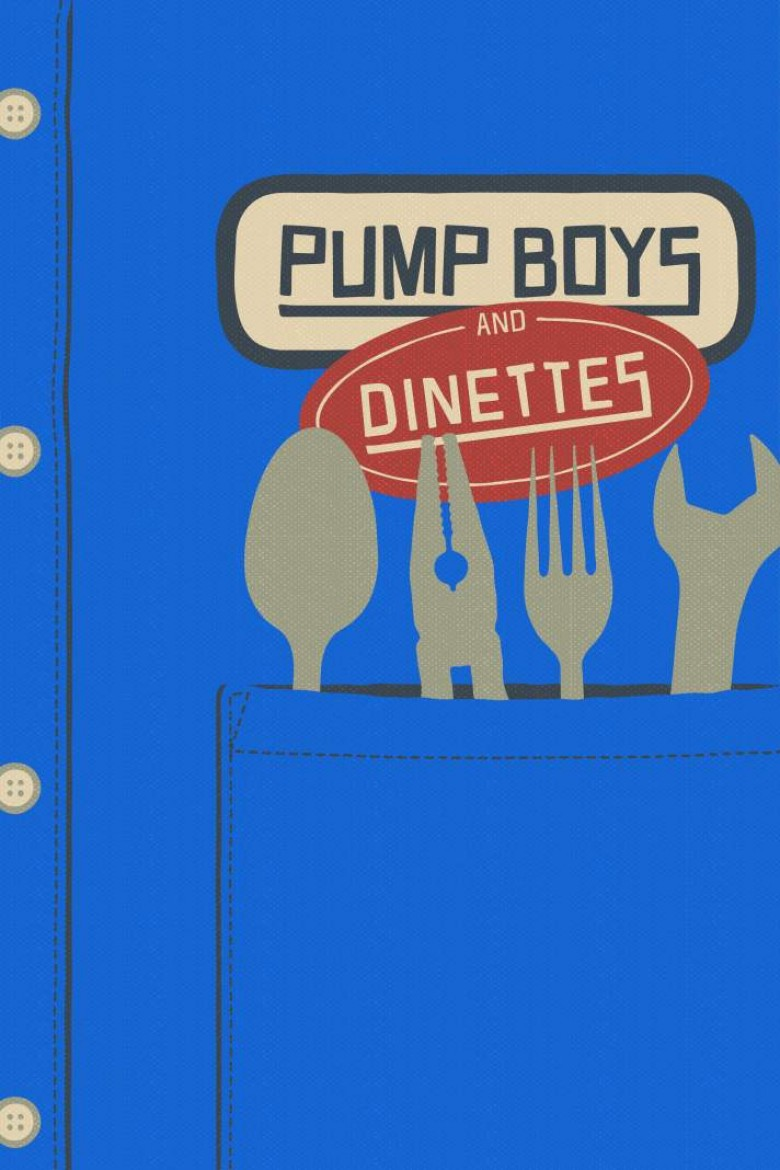 Highway 57 in South Carolina is only 25.9 miles long, a rural road that begins at place you've never heard of and ends at the North Carolina state line. A car repair shop and gas station sit along the highway, run by two local boys, Jim and L.M., along with their two employees, Eddie and Jackson. The shop sits across the road from the Double Cupp Diner, the domicile of sisters Rhetta and Prudie Cupp. These six people are the Pump Boys and Dinettes, in the slice-of-life musical that opens the season at MusicalFare Theatre.

Not a lot happens on the Highway. Cars get repaired, or not. People stop for gas. Patrons love the pie at the diner, and the free second cup of coffee. Life flows along, and not much changes. As Jim says, “Work won’t kill you, but worry will.” Even so, like everyplace else, love is in the air and therefore so is the sweet tension that goes along with it.

Jim is the young man who introduces the players to the audience and generally explains things as the show moves along. Ryan Kaminski, with his guitar slung over his shoulder, gives a fine performance as the “emcee,” witty, charming and very much embodying a man who knows his place in the world and is content with it.

Maria Droz is his love interest, Rhetta. She is a first-rate comic actor and knows how to sell a song. She is terrific in “Be Good Or Be Gone.” However, she plays her part too broadly in this show. She is often more of a caricature of a Southern dinette than a real woman who runs her own business. By playing Rhetta this way, the director (Chris Kelly) runs the risk of mocking this rural culture rather than giving the audience the opportunity to experience it as a genuine part of American life.

That is the only caveat I found in this otherwise excellent production. All the players are very talented musicians and singers. They play multiple instruments, from spoons to a cheese grater to the piano, a dobro, a banjo, a bass guitar, myriad other guitars, an accordion, the drums, and on and on. Joseph Donohue III (L.M.) is a brilliant piano player. Jayson Clark (Eddie) speaks seldom but says a great deal with his facial expressions while he’s drumming or strumming. Andrew Reimers (Jackson) plays a mean bass and then picks up a guitar and does a bit of Elvis in his song “Mona,” the girl who's his dime store dream. Jaclyn Lisenby Brown (Prudie) is a recent transplant from Nashville. This is her first show in Buffalo, and it is hoped, the first of many. Her solo “The Best Man” highlights her melodious voice.

The songs range from the sweet a capella “Fisherman’s Prayer” to the rocking “Drinkin’ Shoes.” The dinettes tap dance in that one, tapping always being a plus in any show. Ballads and blues and country and rock are all present and accounted for in this tight 90-minute production.

Chris Kelly chose his actors well. Their various talents meld together to provide a delightful musical evening. Music Director Robert Insana won an Artie award as Jim, so he knows this show inside and out. It shows in his use of the many talents of his musicians. Lynne Koscielniak designed the set. One side of the stage is the shop, with the highway separating it from the diner. The shop has a worked-in feel, with tools and hubcaps on the walls. You can almost smell the motor oil. The dinette is clean, with their famous pies on shelves and a board with the daily specials. Both are realistic and detailed.

Pump Boys and Dinettes is a sweet piece of American pie that has not one serious moment. It plays at MusicalFare Theatre until October 7th. As a bonus, after the show, the actors perform in the Cabaret while audience members enjoy a post-show beverage.