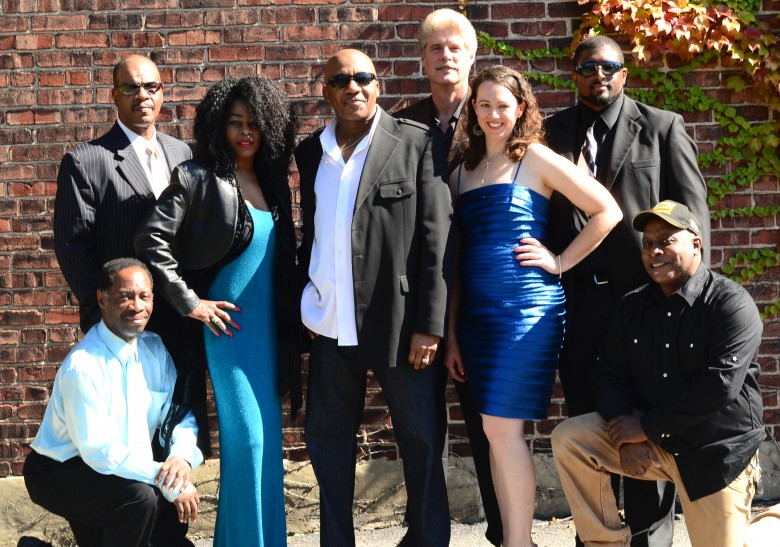 In 1987, Van Taylor had an idea--create a jazz-oriented band that could work on various levels, including education. He assembled an array of musicians and world class entertainers. The group had a unique blend of their own original jazz flavors mixed with R&B and blues.

The evolving concept grew over time, featuring the jazz and blues of Melissa Kate and the rock and blues edge of Joyce Nixon. Also on board was the powerful sound of Jazz trumpeter Brian Freeman, drummer Robert Garrett, and the sexy sax sound of Mrs. Tomoka Numora Jarvis as they performed many selections from the current CD’s Agape and Next Step, which are available on their web site. Taylor Made Jazz has a long and dynamic history.

Taylor has always believed in supporting the community. On April 25, 2007, Taylor Made Jazz celebrated its 20th Anniversary. The proceeds from this celebration benefited National Inner Cities Youth Opportunities (NICYO) and Student Against Violence Education (SAVE).

Now the group has reached the three-decade mark. On April 21st, Taylor Made Jazz will host its 30th Anniversary Anniversary Gala, which will also serve as a fundraiser to support the first African American Veteran's Monument to be located at the Buffalo and Erie County Naval and Military Park. The goal is to raise $1.5 million.

Taylor Made Jazz’s dynamic approach and smooth style has made them a hit for every audience that they have entertained. Their travels have taken them to Japan, Korea, Puerto Rico, Panama, Cuba, Italy, Greece, Spain, Germany, Egypt, Israel, Turkey, Jordan, France, England and any number of African nations. While signed to Vervendi Universal Music Group, the overwhelming response to their CDs over the years took them to the top of the MP3 Jazz charts in 2003, as noted by Billboard Magazine. The group has won several awards, including the Diamond Accord Award presented by the International Federation of Festival Organizations (FIDOF) in 1996, as well as the top R&B Award presented by Night Life Magazine in 2004, 2003, 2002, 2001 and 1996, as well as the Peoples Choice Award for Jazz in 2005, 2004, and 2003. Taylor Made Jazz is also noted for their work entertaining U.S. Troops and allies overseas through Armed Forces Entertainment (AFE), MWR, and USO. They also support charities such as the United Way Buffalo and United Way Canada, Children’s Hospital, UNCF, and AIDS Research.

The group's current global initiative is the Hunger Project. Proceeds from the compilation CD “Agape: The Hunger Project” benefits this organization which teaches people to feed themselves and improve their life. Taylor Made Jazz performed with the Buffalo Philharmonic Orchestra to support the Food Bank of WNY in 2009 and 2010 at Kleinhan’s Music Hall.

Van Taylor, the leader of Taylor Made Jazz, has been traveling in the Caribbean working with the Bullion Foundation conducting workshops on Jazz improv and basic music business at various schools in Barbados, Antigua, and Greneda, where the group has donated guitars to children to support music programs. Taylor has also had several performances with Soul Rocksta Derek McKieth and Drummer Tim Webb at the Naniki Jazz Safari produced by Tom Hinds.

Taylor Made Jazz is a key player in the Three2Go Music Alliance partnership headed by Ron Walker, and is looking forward to many additional projects. The Music on the Frontlines Initiative which provides moral recreation through music and interactive performances overseas for our Military men and women and their families is on the horizon, as are overseas music workshops and trade shows to educate students about music and people with an emphasis on how to enter the U.S. Music Market.

Check out the video history of Taylor Made Jazz and click on  the following videos:

Taylor Made Jazz and The Buffalo Philharmonic Orchestra

And mark your calendar now to celebrate 30 years of Taylor Made Jazz on April 21st. Purchase tickets and you will not only be supporting Buffalo's first African American Veteran's Monument, you'll also enjoy a fabulous evening of jazz and blues with Buffalo's very own Taylor Made Jazz!