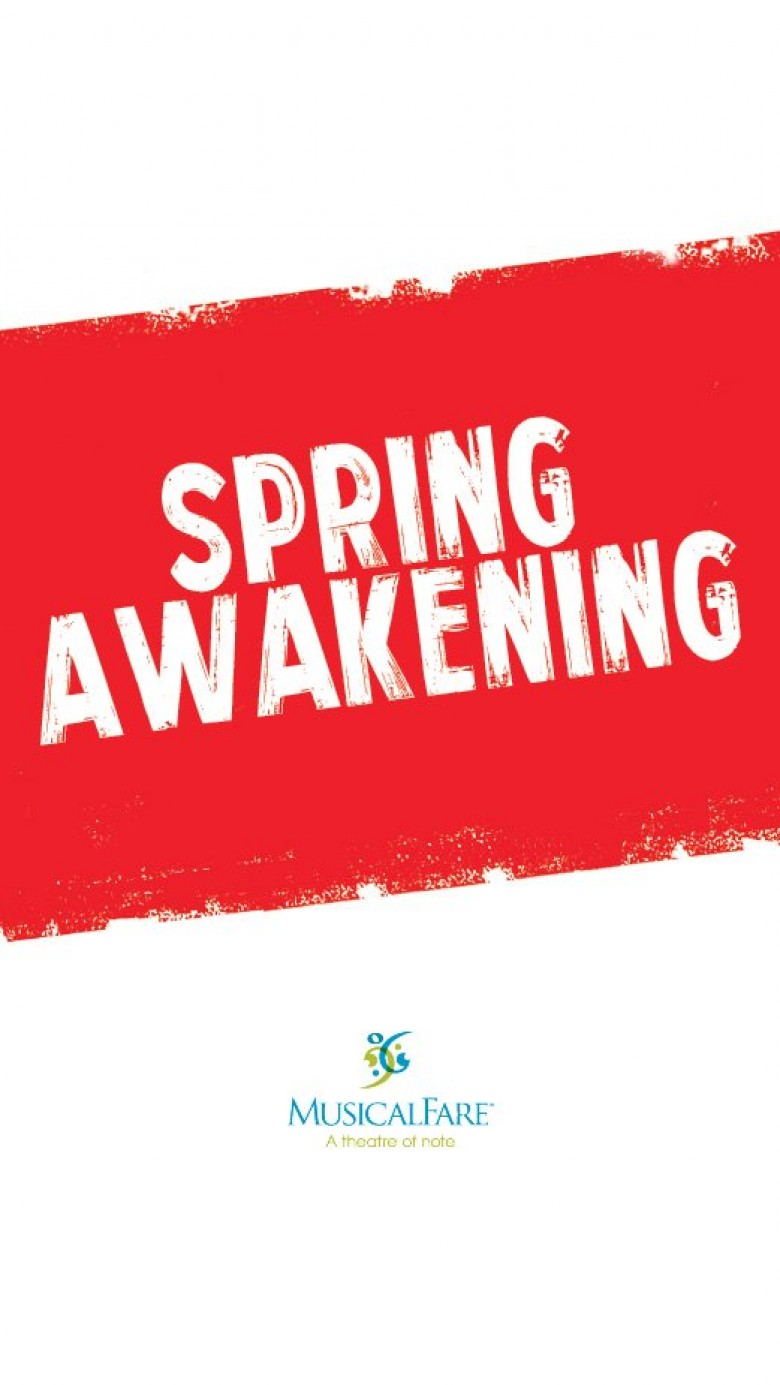 Written as a drama in the early 1890s by German playwright Frank Wedekind, and first performed in 1906, the play was banned or censored many times due to the explicitness of its subject matter. It was transformed into a rock musical with book and lyrics by Steven Sater and music by Duncan Sheik, winning eight Tony Awards in 2007, including Best Musical.

MusicalFare’s no-holds-barred production directed by Randall Kramer with choreography by Doug Weyand, and music direction by Allan Paglia, fully captures the intensity, curiosity, desires, and joy of the teens and the harshness of the culture in which they live which demands their strict obedience to its rigid rules, with dire consequences for those who fail to--or refuse to--comply with them.

Naïve Wendla (Leah Berst), headstrong Melchior (Nick Stevens) and tormented Moritz (Patrick Cameron) are the central adolescent characters around whom the rest revolve. Nick Stevens’ Melchior is fully realized in his insistence on being his own person and struggling with his darker urges. Patrick Cameron’s Moritz, the boy who could not measure up, lays it all out in “Don’t Do Sadness.” Leah Berst’s Wendla retains her naïvite to the end, while she struggles with her feelings for Melchior and her confusion about her situation.

The musical numbers are first-rate. In “The Bitch of Living,” Melchior and the boys express their frustrations and desires, swirling their school table and chairs around after a particularly difficult class with Headmaster, who hits Melchior with a stick for defending Moritz. Their frenetic energy is matched later in “Totally Fucked” by the cast when Melchior realizes the essay on sex he wrote for Mortiz has been found. “Touch Me” by the ensemble expresses desire for physical intimacy, while “The Dark I Know Well” is a lamentation by the girls molested by their fathers, Martha (Emily Yancey) and Ilse (Arianne Davidow).

Every aspect of the production works well, from the multi-platform set (designed by Chris Schenk) that holds the band and acts as a pulpit, a bedroom, and a hayloft, to the outstanding musicians and exceptional acting, singing, and dancing of the cast, to the use of the 716 theater aisles to bring an immediacy to the audience, to the hand-held microphones that bridge the gap between then and now, reminding us that what these young people were experiencing in 1890 is still very relevant today.

What is most compelling about this production is the passion, intensity, and reality that emanates from the actors from start to finish. Every single one is fully engaged at every moment, whether center stage, in the aisles, or on the upstage platform. This engagement, energy, and intensity make the audience feel the urgency of the characters and the importance of their struggles. This is a terrific production of Spring Awakening, and the first in the city of Buffalo. It plays at Shea’s 710 Theatre until March 18th.

710 Main Street Buffalo, NY 14202
It is Germany, 1891, where parents set strict and confusing rules leaving their youth disoriented and unprepared to navigate the tangled paths to adulthood. Spring Awakening is the story of two star-crossed…
- Share this page -