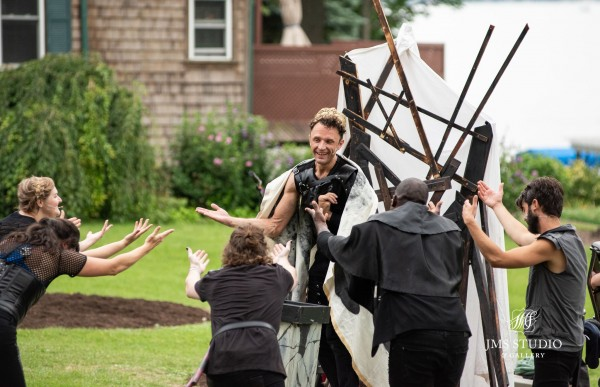 Shake on the Lake

In 2011, Josh Rice and Pilar McKay founded Shake on the Lake over facebook. The hope was to bring Shakespeare to the shores of Silver Lake, the Westernmost Finger Lake. Performing in their hometown eventually grew into touring to other rural communities in Upstate New York.

SOTL has grown into a touring company that hosts professional actors from throughout the country at Silver Lake. Shake on the Lake now tours in five counties in Upstate New York, brings Shakespeare into the local schools & communities with Arts Education residency programs, partners with Voices UnCaged to bring theatre arts into correctional facilities,  and continues creative placemaking through theatre to rural communities throughout the area.