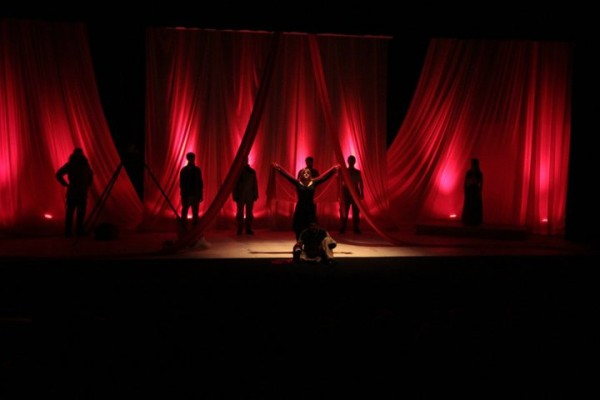 Buffalo Laboratory Theatre
Our laboratory is a place where magic is created. A place where spectators can experience new plays and new modes of theatrical expression, all while in a friendly and comfortable environment that focuses on the needs of the audience.

Lab-or-a-tory (n): 1. A place providing opportunity for experimentation, observation or practice in a field of study.  2.  A location where new and experimental items and techniques are created.

At the Buffalo Laboratory Theatre, it is the quest for powerful new forms of magic in the theatre that is at the very core of our ideology.  Every time someone steps through the door and into one of our productions, they will know that they are about to be transported to another place - a place where stories are brought to life in new and wondrous ways.  Each and every show is a new adventure… for audience, actors and everyone in between.

Our seasons are eclectic.  With an emphasis on developing new plays, devising new works and crafting original and dynamic theatrical stagings, seasons are balanced with more traditional offerings.  This balance of the classical and the cutting-edge will allow the Lab to foster an audience with an appreciation for a variety of styles and themes.

However, even the traditional is approached in the spirit of a Laboratory.  The BLT might be doing a production of a classic like Macbeth that looks like many other “straight” productions that might be seen in various other theatres.   It’s not.  It could be a new rehearsal technique that was used in the process that allows for a new depth and power to the acting.  Perhaps new improvisational styles were used… or perhaps new Grotowskian drama experiments were explored.  Even if you can’t plainly see it, you’ll feel it: you will know that something unique and powerful is on the stage that night.

The Buffalo Laboratory Theatre is a place like no other, a company guided by professionals with years of experience and a multitude of awards under their belts. Live performance is given a vibrancy that is too often lost in theatres that do the “same old shows” in the “same old ways” over and over again.  Every performance is a new and wondrous adventure.

That’s the kind of magic we’ll create in this lab.  The kind that you remember forever.