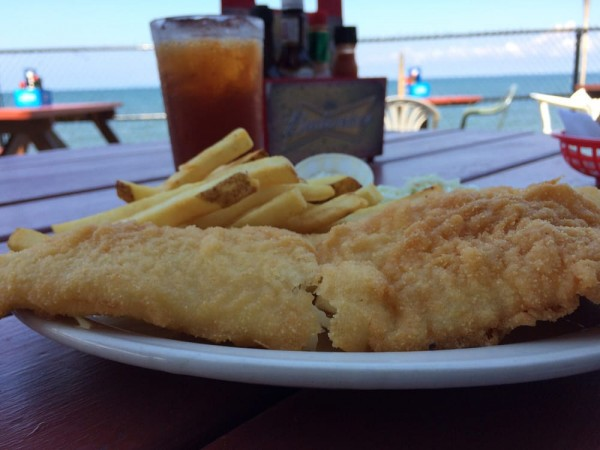 In 1949, two brothers, Edward and Bertrand Hoak, purchased what was to become Hoak’s Restaurant. The restaurant was opened to the public in November 1949. Gus Hoak and Gus Sr., ‘Pop’ Hoak, added their “know-how” as well as their wit and personality to the everyday operation of the young business in 1955. These four men were psychiatrists, best friends, counselor, advisers and often ‘bankers’ to the many workers who made their place the ‘long stop’ on the way home. Edward and Bertrand continued their co-ownership for 25 years. When Ed passed away in 1974, his wife Mary assumed responsibility until her death in 1977. Ed’s sons, Edward and Michael purchased the business from Bert in September 1977. The new partnership has since produced many structural changes. After suffering severe damage from several lake storms, a breakwall was constructed. This eventually lead to the building of our patio bar and dining area for your summertime pleasure. Located on the shores of Lake Erie, Hoak’s Restraint is operated on a year-round basis. The restaurant offers a lovely view of the Buffalo skyline, and the Canadian shore, which is only surpassed by the beautiful sunsets. We are constantly striving to maintain the fine tradition and quality of service and food which has made Hoak’s a familiar name to those seeking a family atmosphere. Fish Fries are served all day, everyday. (Closed Thanksgiving and Christmas Day.) We hope your visit with us is a pleasant experience. Please note that any Specials posted to our page are while supplies last and subject to change. We do not accept reservations on Friday's for parties of less than 9 people, or any PATIO reservations on Friday nights.