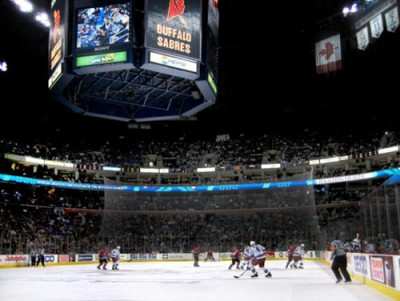 The Key Bank Center formerly known as First Niagara Center, HSBC Arena and Marine Midland Arena, is a multi-purpose indoor arena located in downtown Buffalo, New York, USA. It is the largest indoor arena in Western New York, seating 18,690 fans in its normal configuration, and was constructed primarily for the Buffalo Sabres of the National Hockey League, who have called the arena home since its opening in 1996, when it replaced the now-demolished Memorial Auditorium.