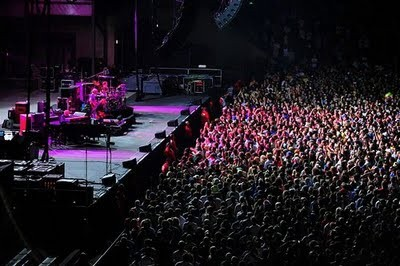 The Darien Lake Performing Arts Center was opened in 1993 as a replacement for the Lakeside Amphitheater, where concerts had previously been held. The PAC, as it is commonly referred to, while owned by CNL with the rest of the park, is operated by Live Nation, not by the park itself. Major concerts are held here periodically throughout the summer, occasionally including a concert that takes place when the park is not open.

Tickets for these events can be upgraded to Park Combo Passes, or just bought as standard concert tickets with no park admission. The amphitheater has a full capacity of 21,600, making the venue the third-largest event venue in western New York (only University at Buffalo Stadium and Ralph Wilson Stadium seat more).