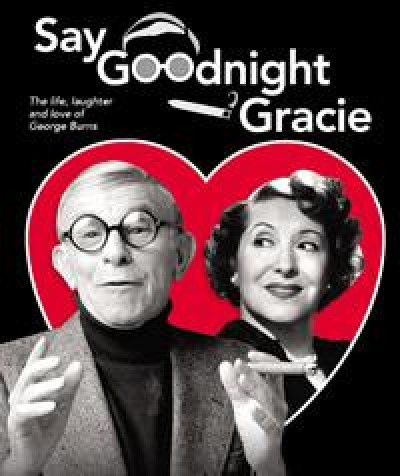 In Say Goodnight Gracie, we discover George in limbo between this world and the next, unable to join his beloved wife and partner Gracie Allen until he gives the Command Performance of his lifetime for God. He looks back upon his impoverished, plucky youth on the lower East Side of New York...his disastrous but tenacious career in Vaudeville... the momentous day when he meet a fabulously talented young Irish girl named Grace Ethel Cecile Rosalie Allen... their instant chemistry, with his flawless timing a perfect mate to her dizzy delivery... his wooing of her, their marriage and their rise to the pinnacles of Vaudeville, Movies, Radio and Television. Gracie's demise forced George to start from square one in life and in his career, eventually achieving an equal level of success as a solo raconteur and Academy Award-winning actor, portraying everything from a Sunshine Boy to, oh, God.