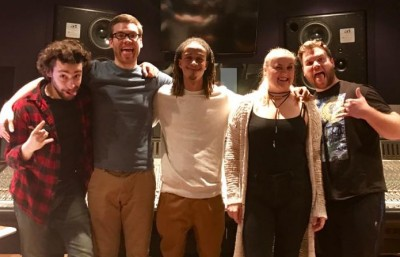 Four musicians from three states took a pilgrimage to Tennessee. Magic was made, and the rock gods approved. Vinyl Sunday, a blues-rock band from Nashville Tennessee, has an authentic and unique sound inspired by the Allman Brothers band and the Tedeschi Trucks Band, mixed with ZZ Ward and the Alabama Shakes.

For their second EP “A Broken Record,” the band drew inspiration from their rock and blues predecessors to track this four song masterpiece. They live tracked their EP, old school style, on Radar 24 at Tommy’s Tracks in Nashville.

Vinyl Sunday has exploded since their inception in 2014, and are gaining momentum. Each member has not only found a creative outlet, but a teammate, and a lifelong friend, which is apparent when you watch them perform. With new songs on the horizon, they look forward to writing their first full length album. Catch Vinyl Sunday on tour this summer in a city near you!