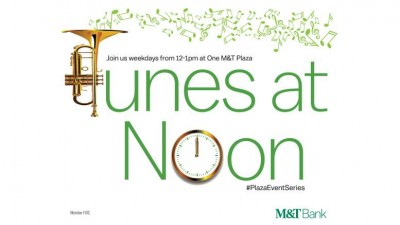 “Plaza Event Series is a great place to take your lunch break. In addition to the live music, we’ll have a rotating roster of food trucks,” Belanger added. “And even if you bring lunch from home, there are tables set up outside for you to enjoy the sunshine on our Plaza.”

M&T Bank is encouraging the public to use #PlazaEventSeries to share their photos, video and feedback on social media.

The full list of artists for the 2017 concert series is as follows:

For a copy of the full schedule, click here. For further information about the series or becoming a performer in the 2018 lineup, call 716-842-5237.