The Convalescence, So This Is Suffering, & Saint Ridley
Thursday 7th Apr, 2016 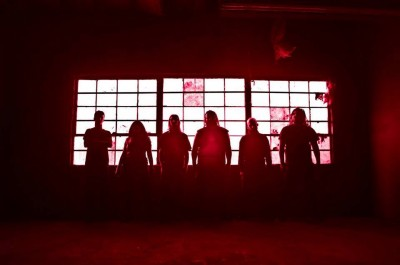 The Convalescence formed in late February 2011 in Toledo,OH as a side project for various local musicians, After releasing pre production clips The Convalescence signed with Ohio independent label Enthral Entertainment to release a debut EP titled "Memories" in May 2011. The band went on to do multiple tours and festivals in support of the EP including The Northwest Ohio Metalfest, Bludgeonfest with Mobile Deathcamp, The Lone Wolves Tour with Winterus, The All Freaks Halloween Ball, The Road to the Metalfest Tour, and The Northern Wisconsin Metalfest. After completing pre production on their first full length album "Unmasking The Betrayer" The Convalescence went on to do The Winter Wipe Out Tour with The Black Order before recording the album at Metro 37 Studios in Rochester Hills,MI. Following with several tours and festivals through the remainder of 2012 and 2013 in support of the new release including The SkeleTour with Tides Of War and Mercia, The MonsTour, The For The Fans Tour with Kleos, The EradicaTour with Erimha, The See You LayTour with Along Came A Spider and Fallen Captive, Toledo Deathfest, Alcoholacaust 1 and 2, Toledo Metalfest, The Age Ov The Gods Festival, Do You Like It Heavy? Fest, and Summer Pit fest as well as sharing the stage with other national acts such as All Shall Perish, Carnifex, Fleshgod Apocalypse, Conducting From The Grave, The Contortionist, Mushroomhead, King Conquer, Abiotic, The World We Knew, Erimha, Along Came A Spider, The Bunny The Bear, Neurotic November, In Dying Arms, Kingdom Of Giants, Reformers, and many more. The band has recently signed with Ferocious Records and has just finished up recording a new album titled "The Process" and continue touring extensively throughout in support of this new release.

So This Is Suffering : https://www.facebook.com/sothisissuffering

Deathcore from Victorville, CA. "Just four guys with instruments, and a scary sounding dude in the front."