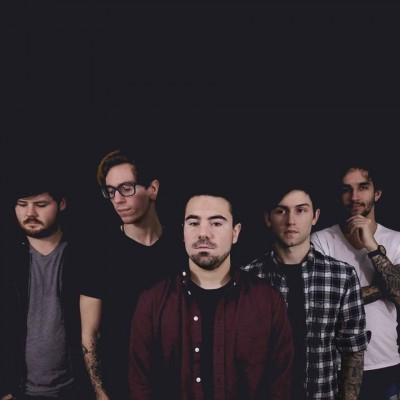 Having come into the scene in early 2016 with the release of their first single "Shorelines", Softspoken has since released a 5-song EP entitled "Pathways" (March 2017), along with a Deluxe reissue of the same EP with an additional 6 tracks ("Pathways (Deluxe Edition)"; March 2018).

In January 2019, the group released a new single "Paradox" which marked a distinct evolution and maturation in their sound, and on March 19th, Softspoken announced that "Paradox" was the leading track to their upcoming full-length album DEAF PERCEPTION due out June 28th. Their latest single "Eclipse" is the second track to be released from the album, and showcases a heavier and darker side to the band's writing prowess.

Of Night And Light : https://www.ofnightandlight.com/

Of Night And Light is an independent post-hardcore/alternative rock trio formed in Buffalo, NY in 2015 by Joseph Kinem (guitar/vocals), Cameron Thibault (bass/vocals) and Nick Badeau (drums). Drawing influence from the genre-bending styles of bands such as Thrice, Saosin, and Brand New, Of Night And Light combines raw vocals with delayed, rhythmic guitar chops, aggressive overdriven bass riffs and eclectic drum fills to create a rich sound that flows through the quiet, effect-laden lulls of indie rock to the heavier roots of hardcore and metal.

Their eponymous first studio album "Of Night And Light" was released autonomously in September 2017 after a successful crowdfunding campaign and followed by a supporting tour of the northeastern United States. In 2018 the band made their debut on the final run of Vans Warped Tour trailed by a full east coast U.S. circuit with a follow-up studio EP slated for the coming year.