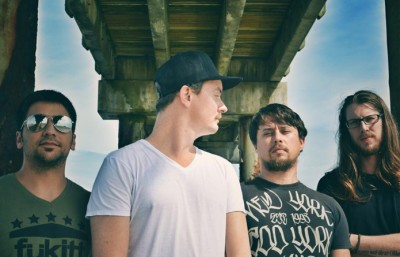 Imagine the feeling you get the moment you put on your favorite band and all your problems seem to drift away. That feeling is spreading across the U.S. thanks to Pasadena.
Formed in 2000 by lead singer Joey Harkum in his hometown of Pasadena, Maryland, the band’s popularity has grown as they have gone from playing in small bars in Pasadena to signing with management from One Koast Entertainament and performing for sold out crowds all over the U.S.
Over the past few years Pasadena has provided smooth bass lines, emotional lyrics, intricate rhythms, and beautiful harmonies that have helped create an unbreakable bond with their fans.
Pasadena believes in freedom of expression and by composing and performing their original music they liberate themselves from any struggle or conflicts they may face. Thanks to the heart and soul poured into each and every song, Pasadena’s music has inspired an ever-growing fan base.
You can anticipate great things from Pasadena in the future, and don’t be surprised when you hear their influential music in your town soon.

Pasadena is a singer/songwriter driven rock, reggae and ska band.
They have toured nationally for the last three years including over 700 shows in that time period in 37 states. over the last two years.
Pasadena has 15 showcases in Austin during music week. In the last year Pasadena has performed on Rombello 2 with Michael Franti, G-Love, Donovan Frankereiter, Rebelution and many more. The band has opened for other notable national acts such as Cake, Citizen Cope, Sublime w/ Rome, Floggin Mollys, Clutch, Pennywise, Julian Marley, The Supervillians, The Expendables, Giant Panda Guerilla Dub Squad and many more great acts. In 2014 they had the pleasure to tour with some of their personal idols Flogging Molly and the Mighty Stef.