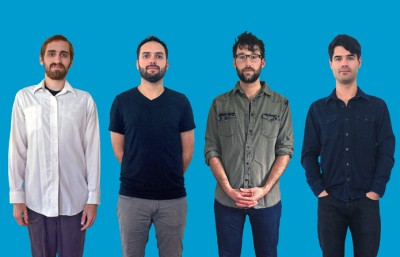 Members of Jimkata, Aqueous and John Brown’s Body are teaming up to form Only In Dreams: A Tribute to Weezer, and are announcing an exclusive run of upstate New York dates in early June. Featuring Evan Friedell and Packy Lunn of Jimkata, Mike Gantzer of Aqueous and Dan Africano of John Brown’s Body / Elephant Wrecking Ball, Only In Dreams will be paying tribute to Weezer’s Blue Album (1994) and follow-up Pinkerton (1996).

“I was revisiting those early albums one morning and felt a rush of nostalgia and excitement. I made a quick Facebook post about forming a band that covers only Blue Album and Pinkerton songs and got an unexpected level of enthusiasm as a reaction. Mike said he’s been waiting his whole life for this and Dan texted me a couple weeks later matter of factly asking, “when are we doing this?” And now as we are practicing the music we’re all feeling like this stuff is part of our DNA. So we can’t wait to share that energy with everyone who feels the same way!”