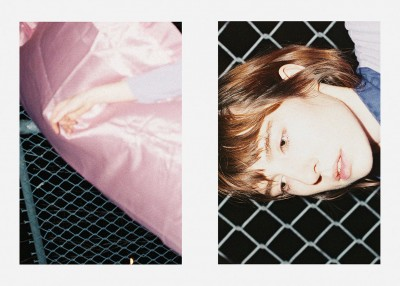 Mothers began in 2013 as the solo project of visual artist Kristine Leschper while she studied printmaking at the Lamar Dodd School of Art in Athens, GA. The discipline instilled in her a strong work ethic and an intense focus to detail, while simultaneously inspiring her to pursue other creative aspects of her personality. A self-taught songwriter and multi-instrumentalist, Leschper’s earliest musical influences span a great swath of early aughts rock and folk; she later developed a love for experimental music, math rock, and noise artists. As a result, her early demos exhibit a sense of striking catharsis under non-traditional song structures, which flirt between strength and vulnerability and are often quite linear in form.

Over the course of 2014, Leschper played solo shows that earned her local acclaim. During this time she recruited musicians and the new group quickly recorded their debut full-length album at Chase Park Transduction in Athens (R.E.M, Animal Collective, Olivia Tremor Control). When You Walk A Long Distance You Are Tired (2015, Grand Jury/Wichita) was produced by Drew Vandenberg (Of Montreal, Deerhunter, Porcelain Raft), and features collaborations with Josh McKay (Deerhunter) and McKendrick Bearden (Grand Vapids).

Mothers live in The 9th Ward