Kasador, Friends At The Falls, Younger Then, So Last Year
Sunday 18th Jun, 2017 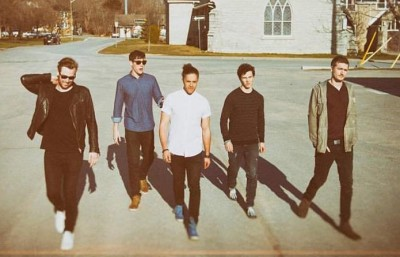 Kasador (Will Hunter, Cam Wyatt, Boris Baker, Nick Babcock, Angus Fay) are a 5-piece indie rock band from Kingston Ontario. Born out of a university town, Kasador brings the energy of a party to the stage and into the audience.

This energetic stage show has captured the attention of fans and promoters alike, and has placed Kasador on bills with such Canadian greats asWalk Off The Earth,Lights,Arkells,July Talk,Wintersleep,U.S.S,andCurrent Swell.

The EP has had a strong reception, with radio play from The Edge (Toronto), CBC Radio 1 and The Drive (Kingston) with their songs ‘Neighbourhood’ and ‘Talk About It’.

Friends At The Falls

Birthed in Mahopac, New York, Friends At The Falls is composed of Jake Stam on vocals and guitar, Matt Montgomery on drums, Don Senese on the keys, Daen Walsh on bass, and Nick Gennusa on lead guitar. Together, these five individuals makeup more than just a band, they are five creative minds and five talented souls that come together to make one cohesive sound. A sound that is unique due to all of the memories these contemporaries share.

Off stage, the boys of Friends At The Falls are infamous for jumping off cliffs, sleeping on rooftops, and narfing down slices of ZA. Couple their uniform love for adventure with a mutual appreciation for artists such as The Killers, Coldplay, and Bruce Springsteen— you’ll get a beautiful thriller, one that has you sprinting up ocean side bluffs one day to playing a show at Webster Hall the next.

Come be our friend and follow us on our next adventure.

We are Friends At The Falls.

Younger Then is a 4 piece, ambient, rock n’ roll band from Buffalo, NY. The band, consisting of Zack Dupuis (vocals), Michael Wirth (guitar), Austin Dorr (guitar) and Jeremy Shields (drums), formed in the summer of 2015 and has quickly gained a large fan-base in Western NY. In February of 2016 the band released the first single from their self-titled debut, due late spring of 2016. Younger Then has performed in various cities across the east coast and the Midwest and plan to tour extensively in support of their debut. Their music can be purchased from all major retailers. (For fans of Kings of Leon, Young the Giant, Foo Fighters, etc.)