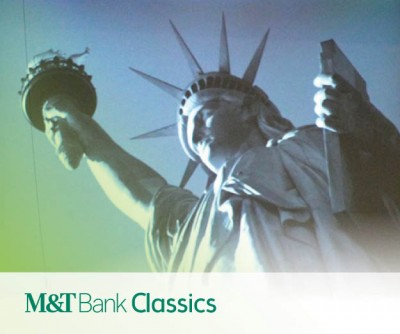 This concert makes a profound statement on what it means to be an American. The first half of the concert features Dvorak’s famed Symphony No. 9 “From The New World.” Peter Boyer’s “Ellis Island” includes actors from Road Less Traveled Productions and text and images from the Ellis Island Project. Premiered in 2002, it’s been performed more than 160 times, including at the Chautauqua Institution, and has been seen by an estimated 200,000 people. Lawrence Loh, director of Syracuse Symphoria, leads this concert.

Sunday 22nd - Come at 1:30 PM to hear from the artists in “Musically Speaking,” sponsored by Uniland Development.