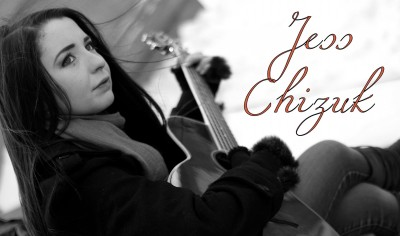 NO COVER
$1 Off ALL DRINKS

Jessica Chizuk:
Hailing from Buffalo, NY, Jess Chizuk is a singer/songwriter with pop/rock overtones and indie-folk roots. This young singer/songwriter is devoted to performing for anyone who will listen. Described as a cross between Hayley Williams and Vanessa Carlton, Jess’ music is zealous and genuine, with a contagious energy that has been captivating people across Western New York. And don’t let her barely-over-five-foot frame fool you; her voice is powerful and melodic, and she is constantly praised for her phrasing and dynamics. At shows today, the young Buffalo Music Award Nominee complements her voice with nothing but an acoustic guitar and relatable, catchy original songs that can be heard on her full-production debut EP, Shine A Light On.

For Jess, songwriting has always been at the heart of her passion for music. She penned her first lyrics at the age of eleven, and at thirteen began playing guitar in order to turn her lyrics into real songs. From that point on, music became a focal point in Jess’ life. Throughout high school, she played as many local venues as she possibly could; from coffee shops to graduation parties to school talent shows. Slowly but surely, this began to open doors for her. By the age of 16, she had made appearances on two different radio stations and a local television channel, and had also recorded her first demo CD of original songs.

After high school, however, things really began to take off for Jess. In December 2012, Los Angeles based producers Shannon McArthur and Michael Getches reached out to her through YouTube, offering to be the producers for her debut EP. “I wanted it more than anything,” she says. “There was a lot of sacrifice and there was nothing easy about making it happen, but I knew it was going to be the best thing I ever did for my music.” After five months of writing and planning, in May of 2013, Jess flew out to LA for a week to the Research Music and Sound Studio to record. The result is Shine A Light On; five songs of incredibly high quality, backed by a full band sound, with input, production, and mastering from highly qualified industry professionals. Each song has a message that is easy to relate to, while still containing a very high level of musical integrity. From the up tempo and catchy numbers Afraid of the Dark and Let Me Let You Let Go, to the darker and more soulful Wasn’t Enough and Dropped Call, and finally the bouncy and acoustic Coffee Song, there is definitely something for everyone on this EP. “It really paints a great picture of who I am as an artist; it covers all the bases. It’s exactly what I wanted to sound like and then some,” Jess says.

Since returning from LA, things have continued to progress for Jess. She plays larger and larger venues weekly for audiences that continue to grow, as does her social media presence and EP sales. She holds licensing deals with three companies and is in negotiations with two more. Jess has opened for national acts and frequents various local radio stations as a live guest. She has also released a debut music video in February of 2014 for her original song, “Wasn’t Enough”, with views on YouTube still climbing. Jess is also back in the studio, working on a CD set to be released in late 2014, with input from Grammy-Nominated producer Anthony Casuccio. And she doesn’t plan on slowing down any time soon. “I’d love to go on the road someday, but for now, so long as I can keep playing, I’m happy,” says Jess. “This is all I ever want to do.”