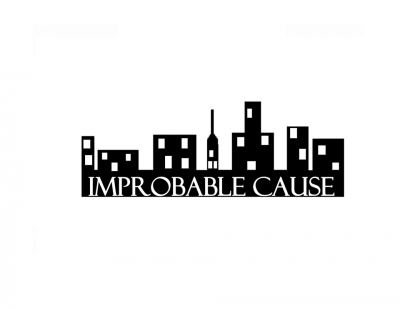 Straight out of South Buffalo/Orchard Park, Improbable Cause is a five piece power-punk band that hate their moms just as much as a teenage drama queen when she doesn't get a car at her Sweet Sixteen.
Just kidding. Acoustic rock at its finest, our lyrics melt in your mind, not in your hand.
But anyways, this alternative rock band hails from all different musical interests, including, but not limited to;
-Oasis (but we don't fight like them)
-Evanescence(they had that one good song, right?)
-any Indie Rock (I'm Aidan Krombach)
- and Dave Matthews Band (judge Dom, not the band)
Taking all of their different backgrounds and making them one, Improbable Cause will leave your mind confused and wanting more.

Shattered Glass is an original Blues Rock/Hard Rock jam band. Our debut album, currently untitled, is in the middle of production. Our live shows are full of improvisation, and have been described as solid, high energy, and professional, rare qualities for a band with its members still in high school.

Original Alternative Rock from West Seneca, NY. Wacko Fest is currently writing new music, playing shows in the Buffalo area, and working on recording their first album. Their songs range from Rock to Blues to Jazz. Jeff Wackowski on Vocals & Guitar, Jim Wackowski on Guitar, Ryan Edmonson on Drums, Eric Fallon on Bass and Chris Gooch on Saxophone. Influenced by bands such as The Black Keys, Dave Matthews Band, Chevelle and more, but with an original sound somewhere in the middle of it all.