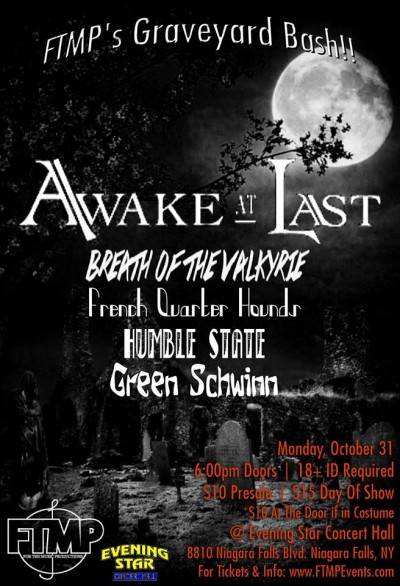 Awake At Last is a hard-hitting, melody driven rock band from Dover, Delaware. Formed in 2011, Awake At Last released King Of The World in July 2014. They have gone on to log in over 150 tour dates since the EP's release, building a reputation for themselves as a high energy, hard hitting band with a strong work ethic and DIY ethos. Having logged several east coast and national tours to date and sharing the stage with national acts such as Hawthorne Heights, Palisades, Emery, Famous Last Words, Outline In Color, Framing Hanley, Too Close To Touch, Picturesque and more

- Named one of Alternative Press' 7 NYC bands you need to know
http://www.altpress.com/features/entry/7_underground_nyc_bands_you_need_to_hear