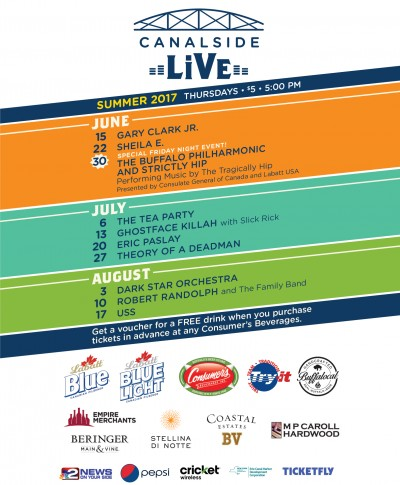 The concerts, which are mostly on Thursdays, feature a wide range of music, including rock, blues, country and hip-hop artists. Canalside representatives described this year’s concert lineup as “diverse, multi-generational and multi-cultural”.

Here is the concert lineup:

Thursday, July 27 – Theory of a Deadman

For the first time, concerts in the Canalside Concert Series will no longer be free. Admission is $5 and includes a free drink at the event.

Tickets will be available at the Canalside Boardwalk or all Consumers’ Beverage stores.