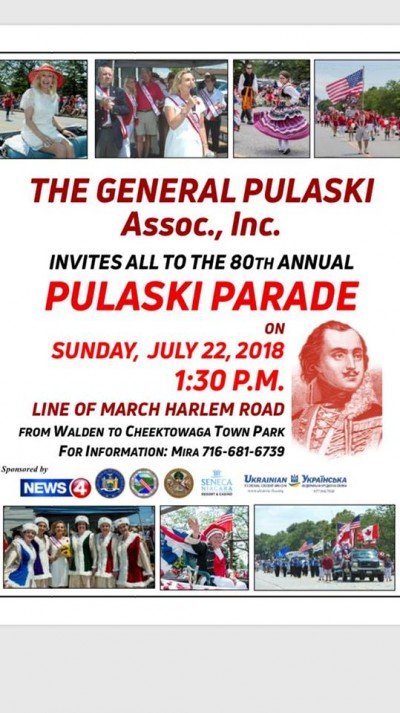 The theme of this years Parade will be honoring the 100th Anniversary of Poland’s Independence.

There will be guests in town coming in from all over the world. It is important to pass the pride of our heritage down to the next generations. Please join us in celebrating Poland's Independence, Polish culture, and Polish heritage.