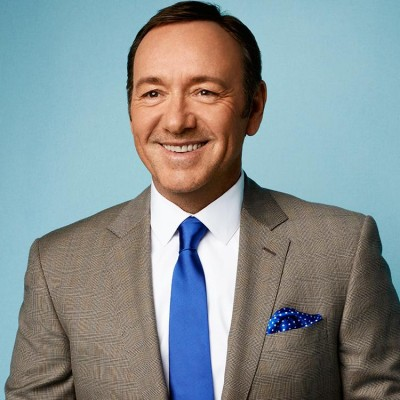 Perhaps no one in Hollywood works harder to defend the value and integrity of the arts quite like Kevin Spacey. A lifelong artist, Spacey began his acting career in Jr. High School and High School drama classes. He later attended the Juilliard School of Drama and began his professional career on the New York stage, which eventually propelled his career into film.

Spacey has won Academy Awards for his performances in "The Usual Suspects" and "American Beauty," which also garnered him a BAFTA Award. Additionally, he has been nominated for eight Golden Globe Awards. Spacey's illustrious film credits include "Swimming with Sharks," "Se7en," "LA Confidential," "Glengarry Glen Ross," "The Negotiator," "K-Pax," "The Shipping News," "Superman Returns," "Beyond the Sea," "Shrink," "The Men Who Stare at Goats," "Horrible Bosses" and "Margin Call."

Spacey's production company Trigger Street Productions, which he runs with his producing partner Dana Brunetti, has produced multiple award-winning movies for film and television. Their films include "The Social Network," which won a Golden Globe for Best Picture and received multiple Academy Award nominations. They also produced the Sony Picture's film, "21," and the independent features "The United States of Leland," "The Big Kahuna" and "Fanboys." Trigger Street's most recent film was "Captain Phillips," which starred Tom Hanks and was released in October 2013.