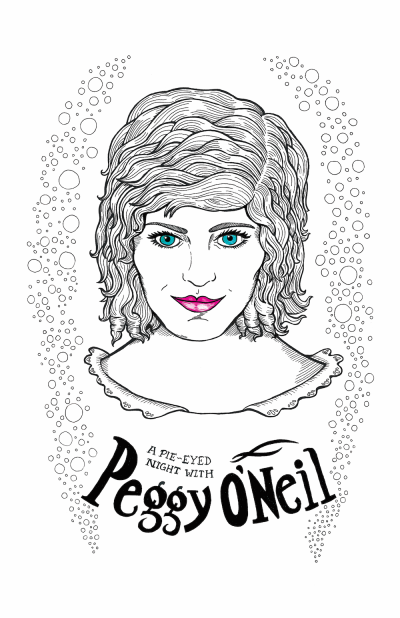 What: A Pie-Eyed Night with Peggy O’Neil

Legend has it that singing siren “Sweet” Peggy O’Neil, who rose from her Seneca Street home in Buffalo’s Hydraulics District to international fame from Chicago and Broadway to London and Paris, was the first person interviewed on live television.

From O’Neil’s performances at St. Patrick’s School on Emslie Street to earning superstar status on some of the world’s greatest stages, O’Neil was a such “the life of the show” (The New York Times, 1919) that a popular song was written in her honor - written by starry-eyed Harry Pease, Edward G. Nelson, and Gilbert Dodge, “Sweet Peggy O’Neil,” which John McCormack made a #11 hit in 1922, sings, “If her eyes are blue as skies, that's Peggy O’Neil; If she's smiling all the while, that's Peggy O’Neil; If she walks like a sly little rogue; If she talks with a cute little brogue; Sweet personality full of rascality, that’s Peggy O’Neil.”

In honor of this legend and with artistic license allowed, Buffalo’s smallest art gallery has commissioned local artist Mickey Harmon to create its latest book and exhibition, A Pie-Eyed Night with Peggy O’Neil, loosely based on the star’s life. Seated in her home neighborhood of The Hydraulics a.k.a. Larkinville, (716) GAL-LERY is located entirely within an antique phone booth inside the Hydraulic Hearth Restaurant & Brewery. Harmon, acclaimed for his recent similar work based on former Erie County Sheriff and Buffalo mayor-turned U.S. President Grover Cleveland called The Life and Times of Grovey Cleves, will debut his new book and exhibition as part of the inaugural Larkinville Ice Festival on Saturday, January 31st, during which Hydraulics historian Chris Hawley will discuss O’Neil’s amazing life in The Filling Station, located across the street in Larkin Square (745 Seneca St., 12:15-1pm). A Pie-Eyed Night books will be available at the Hydraulic Hearth and Filling Station beginning at the opening.

“We’ve been fascinated with Sweet Peggy O’Neil since first learning about her as part of the rich history here in The Hydraulics, which we lovingly now call Larkinville,” said Larkin Square Director of Fun Leslie Zemsky. “Mickey’s vibrant work is a wonderful way to shine a new and creative light on this larger-than-life neighborhood legend in our new and unique art gallery.”