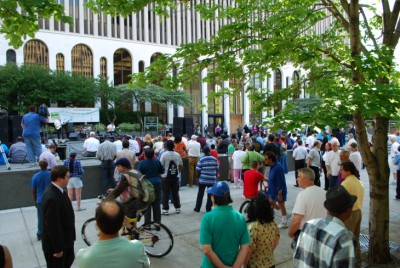 How to spend your lunch hour? Easy. If you are downtown, head to M&T Plaza. The 11-week Concert series sponsored by M&T Bank features 55 free performances by local pop, jazz, rock, blues, comedy and dance artists and local food trucks on site every day.

Monday, July 4 – No Performance in Observance of the Holiday

For a copy of the full schedule, click here. For further information about the series or becoming a performer in the 2017 lineup, call 716-842-5237.