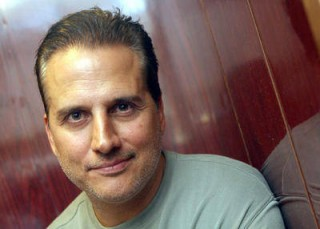 In this day of watered down comedy Nick Di Paolo's brutally honest performances remind us of what great stand up should be funny, socially relevant and a little bit reckless. Nick began his career in his hometown of Boston and two-years later, made the jump to New York, where he found his seething, sarcastic style was welcomed with open arms by New York audiences at such clubs as Catch a Rising Star, Caroline's and The Comedy Cellar.

His range has allowed him to perform on shows as tame as 'The Tonight Show,' yet as edgy as HBO's 'Young Comedians Special', 'Late Night with David Letterman' and Conan O' Brien. He was twice nominated for an Emmy for his writing on 'The Chris Rock Show.' He also has three half-hour stand up specials of his own on Comedy Central and was one of the stars on 'Tough Crowd with Colin Quinn' and a stand out on many C.Central Roasts.