Review Of Lost Elysium's Performance At The Waiting Room 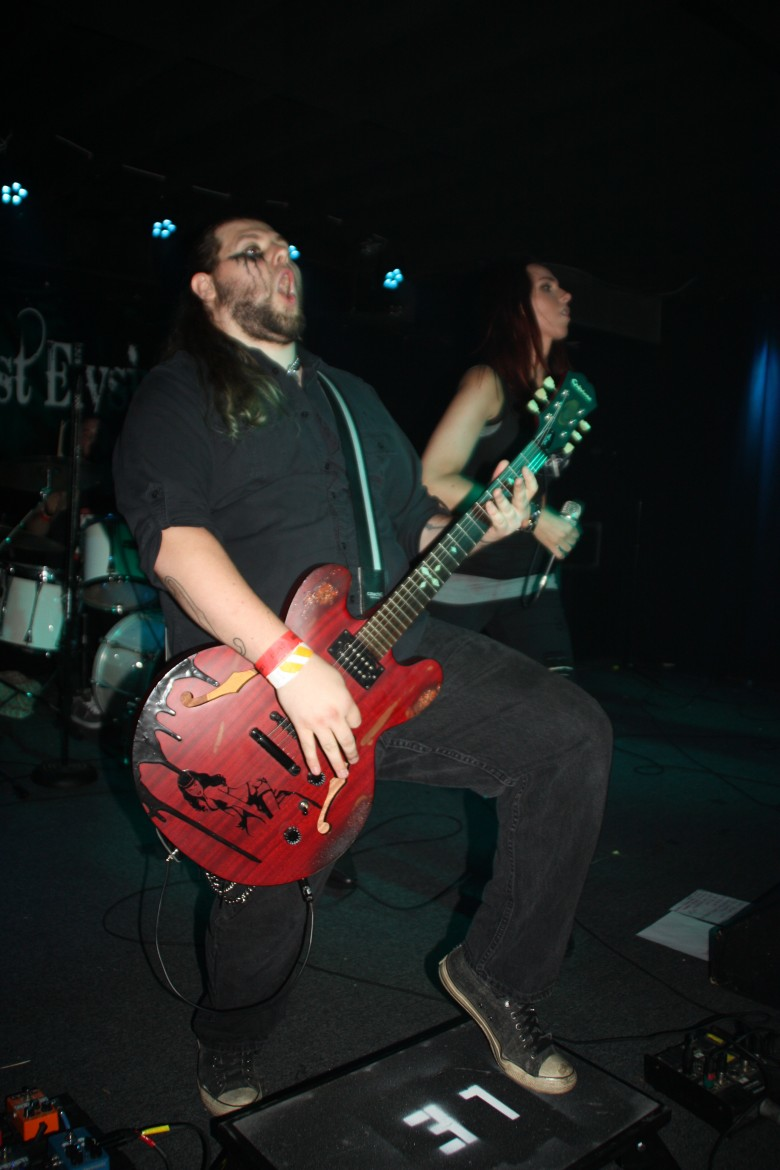 I had the pleasure of speaking to Brian Muller, the bassist for Lost Elysium, a self-described symphonic hard rock band from which Ashley Elle (vocalist/keys), a femme fatale who draws inspiration from Halestorm and Evanescence, and Avenged Sevenfold and in that vein, opened for Theory of a Dead Man. Their shows are monstrously exciting as their drummer, Ricky Guard will pound his sticks until they shatter and can cycle through as many as one pair per song while Ashley snarls into the microphone fiercely.

The band is currently working on a new track at the prestigious studio Dreamland in Woodstock, NY recently frequented by Living Colour and Brand New. Brian, a future rock-god, claims to have logged 100,000 hours on the guitar while mastery status of a profession is considered 10,000 hours of practice. Consequently, his solos at The Waiting Room stole the show.

Ultimately, Brian would like to collaborate with the producer Butch Vig, who did Nirvana's "Nevermind"(1991) and The Foo Fighter's "Wasting Light"(2011) and "Sonic Highways"(2014).