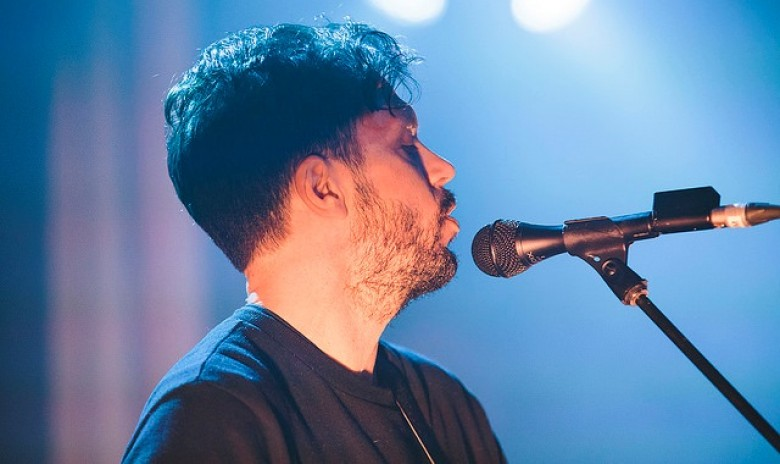 Babeville is a renovated 19th century Gothic Revival-style church. The sanctuary, called Asbury Hall, has hosted many great music artists visiting downtown Buffalo. The beautiful stylings of the building lend the concert experience a sense of significance that is often lost with other venues.

Opening for Modest Mouse was Turn to Crime, the Detroit based trio of Derek Stanton, Ian Saylor & Dorian Foerg. Turn to Crime exact sound is difficult to articulate. Their set showed a range of stylistic influences that pieced from many different genres such as post-punk, ambient, and experimental pop.

Modest Mouse, fronted by the distinct vocals of Isaac Brock, have been active since 1993. In March of this year Modest Mouse released Strangers to Ourselves, the band’s first studio release in 8 years. This combined with the long stretch since Modest Mouse’s last visit to Buffalo allowed for an evening of energy from a crowd excited to be reunited with an old friend.

Modest Mouse has been one of those bands fortunate enough to appeal to both mainstream radio audience as well as more selective indie rock fans. This dichotomy was demonstrated with a setlist that started with new and less familiar songs and closed with fan favorites. Starting with the live debut of “The Tortoise and the Tourist,” the unforgiving guitar intro followed by Isaac’s aggressive singing and shouting of the appropriate lyrics “Wake up, get ready, What a wonderful trip's ahead…” From there, the group regressed through their discography playing 2004’s “Bury Me With It” followed by the 2000’s “Dark Center of the Universe.”

It wasn’t until “Lampshades on Fire” that the crowd and the band truly synchronized in pure energy. A new song but one that sounds like a signature Modest Mouse song.

Later in the set, the group played more fan favorites such as “Float On” until the final 5 song encore which included “Dashboard,” clearly the most beloved by the crowd.

When it was all said and done, the crowd was still abuzz with residual vigor. I have no doubt that those in attendance would have stayed for a third hour without a second thought, but all good things must come to an end.