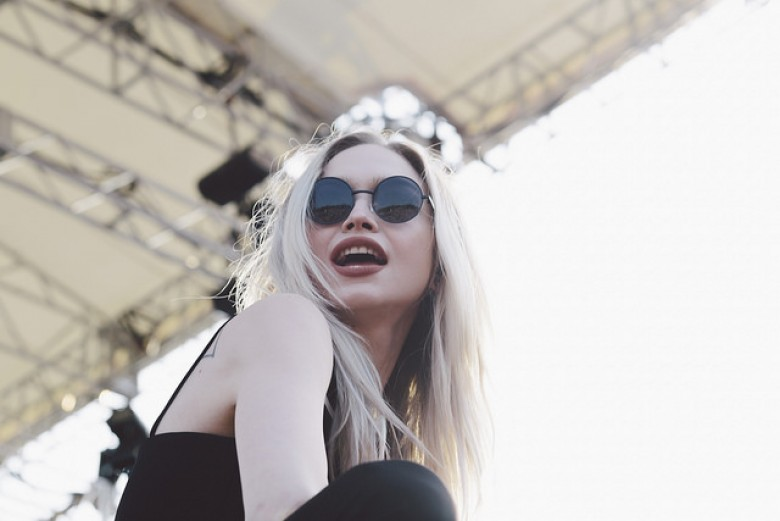 Ivy Levan
- Share this page -
View complete Photo Gallery
July 1st is Canada Day. A day to celebrate and appreciate our fellow North American’s and their contributions to the good things in life. Hockey, maple syrup, moose awareness, politeness… It’s also a day to forgive them for the national pandemic of Bieberism they’ve allowed across the border.
On this Canada Day, Art Park in Lewiston hosted a concert by Marianas Trench. A Canadian pop-punk band.  Front man, Josh Ramsay, is also known as the co-writer and producer behind Carly Rae Jepsen’s mammoth single, “Call Me Maybe.”
Ivy Levan, a new player in the pop scene, opened for Marianas Trench. Her vocal performance was sharp and on point though the backing instrumentals (primarily synthesized orchestral arrangements) left a little to be desired. Her first full length, NO GOOD, will be released in August.
While the sun was still in the sky, Marianas Trench took to the stage and opened with “Masterpiece Theatre I” and “Desperate Measures.” Josh Ramsey came on stage with a scarf and a top hat. Josh, the entertainer that he is, did all in his power to keep the crowd animated. Midway through their set, the vocalist spent 3 songs just running amongst the crowd, circling the entire audience area twice before returning to the stage. A personal highlight for the show was “Pop 101” which was a self-referential/self-aware deconstruction of the formulaic writing of popular music these days. Lasting 17 songs, the band’s set pleased fans American and Canadian alike.
- Share this page -