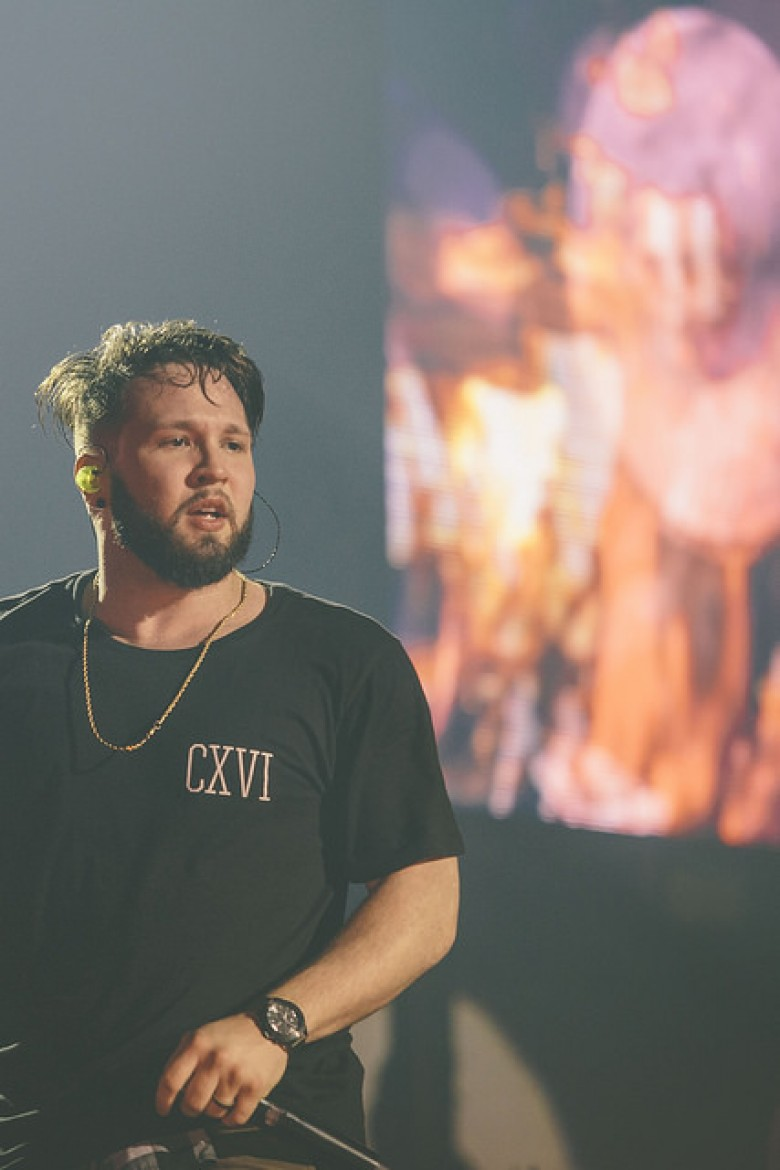 Grammy award winning artist Lecrae isn’t afraid. His career is an example of an unusual trajectory to fame. The Texas born hip-hop artist is the co-founder and co-owner or Reach Records. Along with Ben Washer, Lecrae founded the label in 2004 with the intent of building an image founded on Christian principles without pandering exclusively to the typical churchgoer.

Playing in the Rochester Auditorium Theatre, the Syracuse born Andy Mineo, opened for Lecrae. Bringing his charismatic style with some mentioned rock influence. The auditorium theatre is a different venue than one would typically see such music. Normally presenting Broadway theatre, the venue’s classic construction paired awkwardly but intriguingly with the modern music. Mineo at one point commented on the arrangement as less than ideal for stage diving.

Songs like “You Can’t Stop Me,” “Uno Uno Seis,” “The Saints,” and “Neverland” fueled the excitement of the crowd. Mineo’s relatively short time producing music under his birth name has already resulted in the creation of some effectively compelling music.

Prior to Lecrae taking the stage, the music from his song “Outsiders” played as we watched a film portraying his birth. Finally, met with the welcoming cheers from the crowd, Lecrae took to the stage with his politically potent “Welcome to America.” A song presenting the country from the perspectives of a gangster, a soldier, and an illegal immigrant. As the set continued, it was further punctuated by the videos between each song presenting a different stage of Lecrae’s life. A sort of demonstration of his life’s story and how it influenced who he is and the art he creates.

The setlist was composed of mostly newer songs. A couple classics were played but they almost seemed out of place compared to the new material. It was clear that Lecrae has honed his craft and the progression is stark.

The show ended with Andy Mineo returning to the stage for the collaborative song “Say I Won’t.” Re-emphasizing the theme of individuality. At the conclusion of the song, Rochester Mayor Lovely Warren came on the stage to present Lecrae and Andy with the Believe Crystal and a certificate of recognition.

Thank you to the Mayor and City of Rochester for this honor and for all the love tonight. https://t.co/daEKi6VHDF